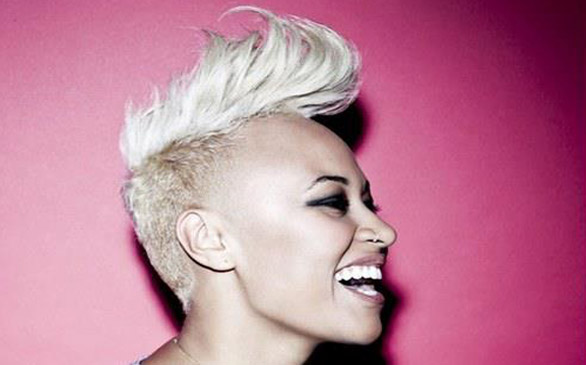 Emeli Sandé is a native of the UK.
(Credit: Facebook/Emeli Sandé)

Global star Emeli Sandé will perform a "Myspace Live" concert, which is being presented by ChapStick Sessions on Monday, Feb. 11 at The Key Club in West Hollywood. The night will also sport a performance by Skylar Grey.

Sandé, 25, is a rising music star. She released her debut album Our Version of Events last year. Currently, it's the number one in the U.K. 48 weeks after release. She won the coveted BRIT Critics Choice Award in 2012 and is leading all artists with four nominations at the 2013 BRIT Awards, a prepared statement read.

The scheduled show will also feature a performance by five-time GRAMMY-nominated singer and songwriter  Grey. She's known for her collaborations with artists like Eminem and Dr. Dre. "C'mon Let Me Ride" featuring Eminem is the first single, available now, from her forthcoming highly anticipated debut album Don't Look Down from KIDinaKORNER/Interscope in Spring 2013, the statement said.

The show is free to all ages. Doors open at 7 p.m. Guests wanting to attend the free show must RSVP in advance. However, according to the statement, free admission to the concert will be on a first-come, first-serve basis.

A limited amount of guaranteed admission tickets began being given away at The Key Club box office starting Jan. 25.

The exclusive show will be broadcast live on Myspace at 8 p.m. (PST).

For more information about this show and to RSVP for free, click here.