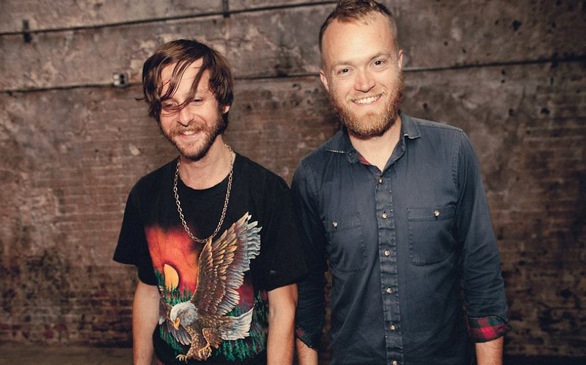 By 9:30 p.m. on Thursday night, a line of very cold people stretched its way down Beverly Boulevard. The eclectic group stood in anticipation of the night’s headlining act and huddled together for warmth, hoping to get let in a little sooner rather than later to see Two Gallants.

Upon entering the small theater, I expected to encounter some angry, entitled hipsters, as it is pretty hard to escape this population in Silverlake, especially after 10 p.m. in a warehouse venue like the Bootleg. Although, the place was teeming with PBR promoters, the bearded crowds were not disagreeable like they usually are. Instead, the venue promoters and security seemed a little overwhelmed (to put it nicely) at the size and energy of the crowd.

But who could blame the fans for their excitement? After Two Gallants’ stellar performance at Outside Lands last August and the popularity of its new album, this power duo from San Francisco has been making extreme waves in the world of indie folk rock.

Opening up for Two Gallants was Future Twin, another San Fran rock group that warmed the crowd with some raw "garage-y" tunes. Jean Yaste danced around the stage in rainbow socks, sporting a yellow neon snapback and a DGAF attitude. The group has self-proclaimed itself as “psychedelic, farmageddon rock and roll,” so I figured it was best to keep an open mind. The building crowd swayed, a couple rebels danced (not well), but mostly everyone was simply biding time until the main act.

When the two men finally climbed on stage, sighs of relief echoed in the small theater. Adam Stephens thanked the large crowd for attending and apologized for going on late, reassuring fans that they had wanted to make sure that no one was left out in the cold. He quipped, “Sorry if security was harsh to you; they weren’t exactly the nicest people to us either,” exciting an applause of agreement from the formerly miffed crowd.

After the much needed intro, the two launched into “Dyin’ Crapshooter Blues,” followed by “Steady Rollin’,” stirring the crowd into a full hipster sway, beautifully in unison. The duo went on to play more pieces from its new album, The Bloom and the Blight, which released last September. This CD was the first endeavor with ATO Records, which proved mildly reminiscent of some ‘90s grunge. And while these pieces were a little deviant from their pre-2007 stuff, no one was complaining as Stephens and Tyson Vogel showcased a little more of their raw side.

However, in the end it seemed that it was those soft, blues-like melodies that really charmed the crowd. As “Despite What You’ve Been Told” gently crooned over the speakers, the crowd’s former angsty-frustration seemed to dissipate, and the fans left the Two Gallants show overall very pleased with the performance.