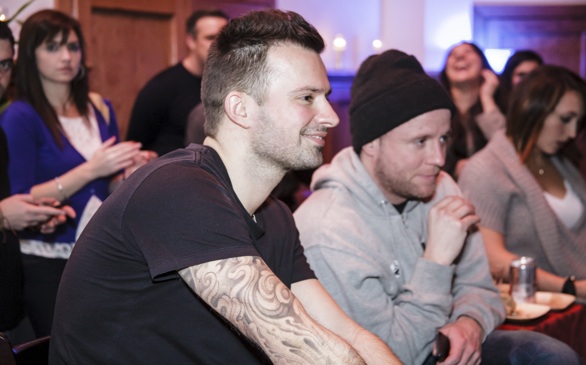 One of the interesting things about being an artist in the EDM world is that the traditional rules about selling records don’t necessarily apply. You can become perfectly successful; you can travel, perform, record collaborative tracks with “A-list” performers and create a brand for yourself, without ever having released a full-length album to your name.

For an artist like Dragan Roganovic, otherwise known as Dirty South, the release of a full-length album has never been a necessity. He’s been able to maintain a steady presence as DJ with a slew of singles and remixes since he first took to the tables in 2004. On March 5, however, Dirty South will be adding a substantial chunk of recorded material to his collection, releasing his first ever full-length album, Speed of Life.

In an exclusive pre-release listening party, Campus Circle was able to experience a first listen of the new record, as presented by the artist himself. Roganovic did not have much to say about the album. “I hope you like it,” he humbly offered before leaning over to press play. The sound that followed was massive, well constructed and impressive.

The first two tracks of the album lead into each other really well; they’re a great kickoff to this 10-track rage fest. The album’s intro single comes right out of the gates with a big buildup into some deep trance that echoes to the rafters. It’s dreamy and danceable, yet reserved – mature even. It doesn’t have that cheap, pre-canned feel to it that can often be pervasive with big EDM tracks like this.

The album’s second track follows quickly with a real meaty beat that rolls out of the speakers. It's a steady rhythm that doesn't really build; it just waits for the precise moment to hit you in the face with a rhythmic typhoon of sound. From there, the track just rains sound until the music abruptly stops. The silence signifies the end of the beginning. The first two tracks are done, but this album is only getting started.

The title track of the album, “Speed of Life,” comes on slow…really slow. In fact you start to lose your patience before the train slows down. It takes a minute to solidify the melody, but by the time that beat drops, you can see why this is the title track. It's huge. It's an arena anthem. It's a big sound that's simultaneously chest rattling and uplifting. It's mountain-climbing music, cliff-jumping music, skydiving music. It’s friend-grabbing, fist-pumping music, and it’s going to be all over dance halls this spring. The melody sticks, and at the end of the day, that’s all that’s going to count. That’s what people are going to remember.

All in all, this record is surprising. Musical integrity is what keeps this thing from sounding like generic EDM garbage. Structurally and melodically, this record was clearly put together with a great deal of attention. It’s an album for those more passionate EDM fans that have seen some House in their lifetime and are frankly sick of the same old crap month after month. It’s refreshing to see something like this come out. It’s genuinely good and, from start to finish, enjoyable.