The King of Romantic Salsa to Perform in L.A. 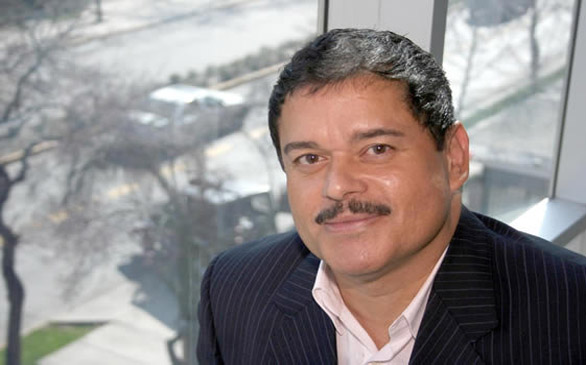 Lalo Rodríguez, known as the king of romantic salsa, is set to come to Los Angeles to deliver a special performance at Florentine Gardens on Saturday, Feb. 16.

This scheduled salsa concert comes as no surprise since it’s the week of Valentine’s Day. Typically, Rodríguez loves to engage with his audience at concerts – that makes him quite the charismatic entertainer on stage.

Interestingly enough, he has a habit of making his presence strongly felt throughout the atmosphere of an audience. So it figures to be quite the delight when he performs.

Rodríguez made his album debut at the age of 16 as lead singer on Eddie Palmieri’s Sun Of Latin Music (1974), the first Latin album to win a Grammy Award. From there on, Rodríguez's career sparked and never looked back as he claimed stardom all over.

The Puerto Rico-born Rodríguez is a salsa singer and musician; most definitely, he’s best known for his hit “Ven, Devórame Otra Vez” (Come And Devour Me Again); it was a smash hit in the summer of 1989. Rodríguez received the award for Tropical Song of the Year at the Premio Lo Nuestro awards in 1989 for the song "Ven, Devórame Otra Vez".

Rodríguez made his solo debut in 1980 with Simplemente Lalo, which carried five self-written tracks.

In 1988, Rodríguez jumped on the romantic salsa bandwagon and achieved massive success with the chart-topping album Un Nuevo Despertar on the TH-Rodven label, which was still riding high in the Billboard salsa Top 10 in mid-1989.

More often than not, Rodríguez has been compared to other famous salseros in the likes of Eddie Santiago, José Alberto “El Canario,” and Frankie Ruiz. But there really isn’t anyone like Rodríguez in the industry.

Currently at the age of 55, Rodríguez is expected to sweetly endear the thoughts, feelings and desires of others while delivering the much-awaited salsa show.