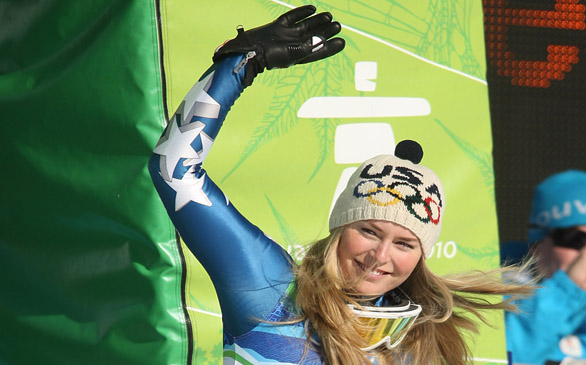 Skiing star Lindsey Vonn suffered a knee injury today when she crashed during the super-G race at the world championships in Austria. Vonn was immediately airlifted via helicopter after being treated on the scene for about 12 minutes.

According to the New York Times, "After fog delayed the race for more than three hours, Vonn was leading in the top split of the race. She crashed after launching off a jump midway down the track. She was catapulted about 500 feet down the course and became unbalanced off the jump. When she landed, she caught an odd angle with her right leg, putting too much pressure on her outside ski and causing the crash."

Reports indicate that Vonn will need surgery on her right knee.