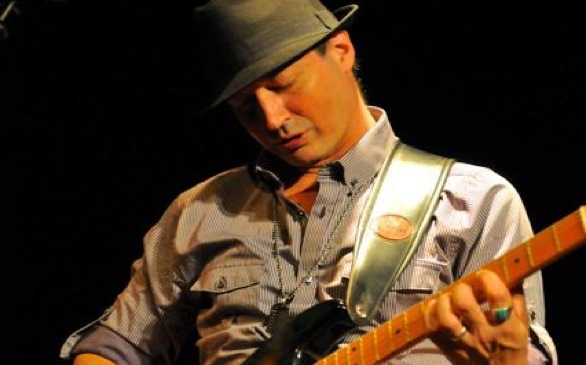 Guitarist Murali Coryell is the son of Larry Coryell, the revered jazz fusion guitarist who’s played and recorded with dozens of jazz greats ranging from John McLaughlin to Ralph Towner to Alphonse Mouzon and violinist Stephane Grappelli. So, you can bet that Murali picked up some of his chops both from dad and the other luminaries. Unlike his dad, though, the younger Coryell works in the blues idiom, and he’s also a singer who puts his whiskey-soaked voice to good use here on self-penned numbers like the soulful “I Can’t Give You Up” and the guitar showcase and Hendrix tribute “In the Room with Jimi.” Coryell wrote or co-wrote most of the tunes on the CD/DVD Live combo pack, and songs like the Chicago blues steamer “Softly Let Me Kiss Your Lips” demonstrate that he can easily hold his own in the songwriting department. Notable covers include a take on Lowell Fulson’s “Love Her With a Feeling” and a reverent version of the Marvin Gaye chestnut “What’s Going On.” With only a couple of exceptions, the CD and DVD feature completely different set lists so fans new to the Coryell camp can start here with a very generous helping.