Kylie and Kendall Jenner Don't Want to be Kardashians 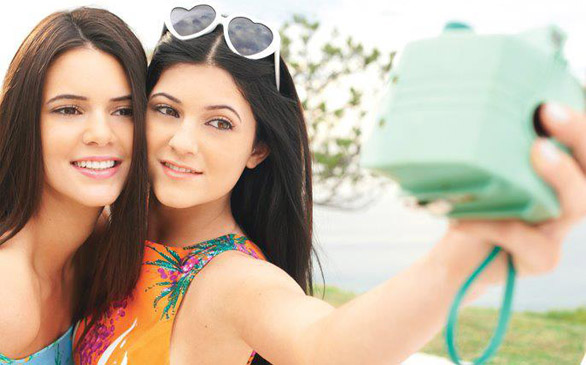 Kendall and Kylie Jenner, the youngest members of the Kardashian-Jenner clan, are forging their own identities, according to their interview in the March issue of Glamour. The girls are daughters to Olympic gold medalist Bruce Jenner and Kardashian matriarch Kris Jenner, which makes them half-sisters to Kourtney, Kim and Khloe Kardashian.

"We're full-throttle Jenners! We don't have any desire to be Kardashians," Kendall, 17, said of having their father's last name.

The girls are focusing on their modeling careers and clothing line with PacSun, not the limelight that comes with being a reality TV star. Thing is, they're staples on E!'s reality juggernaut "Keeping Up With the Kardashians" and their mom recently announced the launch of her own talk show.

"We appreciate everything that we have, but we don't remember what it's like to be normal kids who aren't harassed by the paparazzi," Kendall told the mag. "I hate that. We're underage girls. I don't want to be followed by random men I don't know. It can also be hard to deal with other kids who are jealous or mean. I can't post a picture on Instagram without being criticized."

"Our family is closer because of the show," Kylie said, looking at the bright side. "And when we are older, we'll have the memories on tape. If some of those moments hadn't been filmed, I wouldn't remember them!"

Moments including getting a stain out of their mom's white carpet and doing a mock "Girls Gone Wild" striptease for their half brothers ... yikes.

As for how they relate to their much more famous siblings:

"Kim teaches us how to deal with the spotlight," Kylie added.

And they're likely to be seeing much more of it, whether they want to or not.