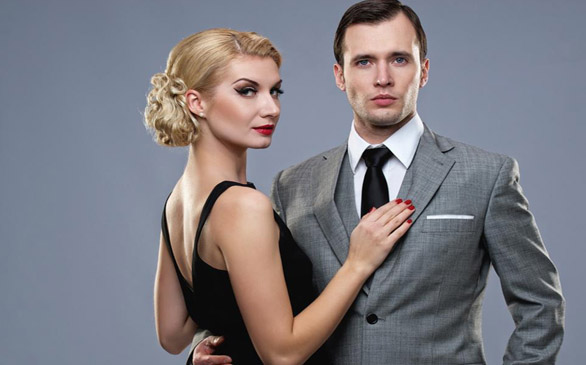 Needing money, she turned to a "sugar daddy" she found on a popular website.

A few months later, when she needed to buy textbooks, she went back to SeekingArrangement.com. There, she found another "date" who flew into town. No dinner this time.

They met at a local hotel and had sex.

"I've worked my whole life since high school, and that was easy," said the 20-year-old sophomore, who would not be named for fear that her family would find out. "It was like a nice way to make quick money, and I tried not to think too much about it."

She is among the hundreds of thousands of men and women who, either having trouble making ends meet or simply wanting to upgrade their lifestyles, are turning to the Internet for help finding "sugar daddies" and "sugar mommies." The majority, though, are women looking to be supported by older, successful men with money to burn.

The hunt for wealthy benefactors - discreetly or otherwise - is as old as money itself. But people are taking it to a new level by turning to SeekingArrangement.com and other websites. And as the cost of a college education in Florida continues to rise, more Florida students are choosing this option as a way to cover their expenses, including tuition and rent, according to spokeswoman Jennifer Gwynn and founder Brandon Wade of SeekingArrangement.com.

With the exchange of money, however, comes another trade-off: an expectation of intimacy - a dynamic that has prompted critics to compare the arrangements to prostitution and has generated heated conversations about the trend on TV talk shows and elsewhere.

Did the UCF student feel like a prostitute? It might look that way, she said, but "like every relationship, there's a little bit of give and take."

Many visitors to these websites demand a lot more money than the $400 she sought.

Last year alone, more than 200 men and women with UCF-issued email addresses signed up to use SeekingArrangement.com, Gwynn said.

She said nearly 40 percent of all of its users - a group that doubled its numbers in 2012 to more than 2 million people worldwide - registered with college email addresses.

Hundreds have flocked to the site from other Florida universities, too. Last month, UCF, Florida State University, University of South Florida and Florida International University made SeekingArrangement.com's Top 20 list nationally for having the greatest growth in the number of new college-student registrations.

Like dating sites, users log on and create profiles offering details about themselves - height, body type and hobbies, for example. But "sugar babies" also make it very clear that they have financial expectations in amounts that can go as high as $20,000 a month.

Wade rankles at the thought of his site being compared to an online house of prostitution. He said he launched it in 2006 to help socially awkward, wealthy men such as himself find dates.

"I understand that it's a gray area, but an hour of company for sex - that's illegal," said Wade, 42, a graduate of the Massachusetts Institute of Technology who used the site himself before getting married a year ago to someone he met at work. "Anything that requires a relationship and chemistry and liking each other is clearly not prostitution."

In recent years, the sugar daddy dynamic has become more socially acceptable as a number of TV shows have been created around the idea of helping pretty people meet wealthy people. The hit novel "Fifty Shades of Grey" features a college student and her sexual exploits with a young billionaire.

Still, as with any online dating, there is a risk in meeting up with strangers. In 2011, an Orange Circuit judge sentenced a man to life in prison for raping a woman he met through the website SugarDaddyForMe.com.

Pamela Scully, chairwoman of the Department of Women's, Gender, and Sexuality Studies at Emory University in Atlanta, called the trend "sad." She said it seems these women are making decisions under duress, primarily because of the bad economy.

Meanwhile, universities such as UCF and FSU pointed out that there are other ways for students to fund their educations. Schools offer an array of scholarships, grants and other forms of financial aid.

"Students who are looking for help with paying for college should contact our financial aid counselors, who can help them maximize the assistance they receive," said UCF spokesman Chad Binette.

The following shows the top 20 list and the number of men and women from each school in 2012 who used college-issued emails to register at SeekingArrangement.com, where students seek "sugar daddies" and "sugar mommies."