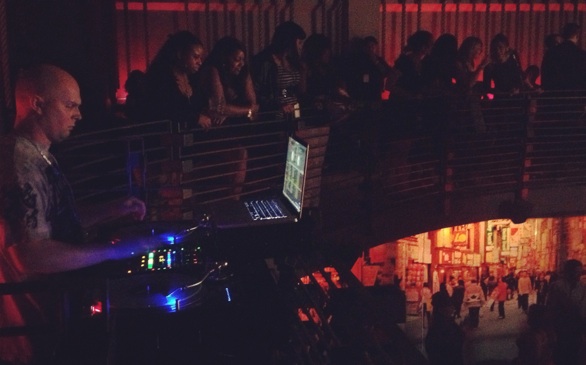 We’re all fine with watching the GRAMMYS from the comfort of our homes, but who doesn’t wish they were at one of the many exclusive after GRAMMY parties in Los Angeles?

What really is an after-GRAMMY party? Well, various venues around L.A. turn into a club/lounge for the night, hiring DJS, offering bottle service and trying to score an A-list crowd. Basically, a variety of different party options are set up around the city for celebrities to pick from. It’s the one night a year where the city is practically swimming with celebrities – we can only hope to run into one these A-listers (lets not be picky, B-listers too) at one party or another.

The Geisha House in Hollywood was one such venue hosting its annual after-GRAMMY party hosted by The Notice Network. Here’s the 411 of what went down.

WHAT: The 4th Annual Awards Lounge.

WHO: Many entertainment industry professionals specializing in music, movies and television associated with The Notice Network, and your average Los Angeles partier looking for a good time.

WHERE: The Geisha House, 6633 Hollywood Blvd. The venue had two rooms, each with its own DJ and bar, an exclusive VIP area, a red carpet photo area and two levels of dancing.

KEEPING IT REAL: The Geisha House was great for a not-too-crazy night of some dancing and drinking after the GRAMMYs. Was it star-studded? Not especially, but hey – you never know who you’ll run in to. After all Chris Brown was performing next door, and this place is owned by Ashton Kutcher. If you were looking for some fun and didn’t want to stay home, then this was a good option.

THE DJ: Mix Master Miguel, who did a great job, tells us a little bit about who he is.

CC: You performed at the after-GRAMMY party hosted by Notice Network last year too – how did you feel about each year?

DJ Mix Master Miguel: Well, last year seemed to get more of a crowd, and the venue was a bit bigger. But this year still had a good turn out.

CC: Being in the music industry how do you feel about being able to spin on music’s biggest night at an after-GRAMMY party?

MM: It’s great. It makes me really want to do bigger things. I want to try and get bigger shows.

CC: What has your past experience as a DJ been?

MM: Well, I was a DJ for Wild 94.9, the radio station, I started my own mixtape company called “King of Mix,” I’ve performed at various nightclubs and released various mixes and mash-ups. I prefer live shows over radio.

CC: What do you have coming up in the future?

MM: I’m hoping to be an opening DJ for the Justin Timberlake 20/20 Experience Tour, and I have various mixes I’m working on.

MM: “Suit and Tie” by Justin Timberlake, of course.