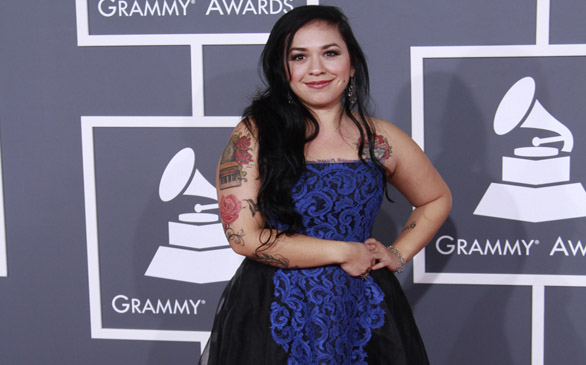 According to a prepared statement, tickets are now on sale for the all ages show, which takes place Thursday, March 7 at The Fonda Theatre in Hollywood. Doors are scheduled to open at 8 p.m.

Bomba Estéreo has performed more than 300 shows universally. Their latest project, an 11-track album, Elegancia Tropical, is already making noise all over the world as they continue to release electrifying music.

"Elegancia Tropical represents a more mature sound, a more introspective side of the band that has grown in these past years of touring," said lead vocalist Li Saumet, according to the prepared statement.

Furthermore, Brooklyn-based DJs Uproot Andy and Geko of Que Bajo?! will add a vibrant tone to the night, while Tecate, Baja California-born Carla Morrison, a two-time Latin GRAMMY winner, is sure to conquer the audience with her pop-rock music.

Panamérika is the longest running weekly show on RBMA Radio. It's a celebration of the vast and varied cultural landscape in Latin America and the first place to discover the music that matters from the region, each and every Monday, the statement read.

The statement added that RBMA Radio is one of the largest resources for curated cutting-edge music on the web. It launched in 2005 as a spin-off of the Red Bull Music Academy; as of now, it features thousands of in-depth interviews and features with today's essential music makers, exclusive mixes and live recordings from the world's best clubs and festivals - and every bit is hand-picked.