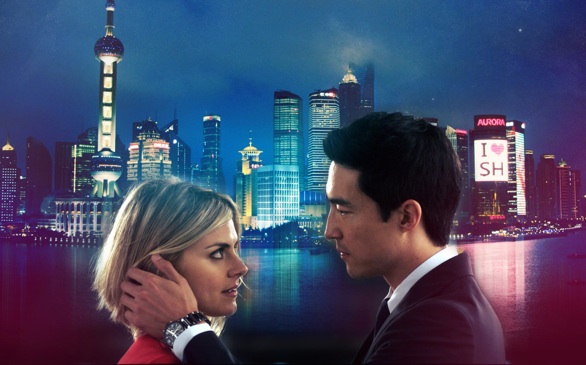 Shanghai Calling is the story of one man’s cultural immersion into the fast-paced world of Chinese business.

The film tells the story of Sam (Daniel Henney), an affluent New York lawyer who is uprooted from his comfortable lifestyle and relocated to Shanghai to take care of foreign business. Although his superiors hope that Sam’s Chinese upbringing will allow him to acclimate quickly to life in Shanghai, it is clear that Sam feels like a fish out of water in his new environment.

Eliza Coupe plays the part of Amanda, Sam’s relocation specialist who helps to find the newcomer an apartment in the city and introduces him the other expats that have taken up residency in Shanghai’s “Americatown.”

Henney’s character is somewhat repulsive on first introduction; despite having totally moved his life to a city halfway across the world, Sam is rude and condescending to almost everyone that he comes into contact with, making sure that everyone is aware that he is still in charge, even if he can’t speak the language. However, throughout the film, we see this gradual shift in Sam’s character as he begins to accept the unknown and recognize his misunderstanding of Chinese culture.

At the beginning of the film Sam appears to be the typical self-absorbed, power-hungry attorney archetype. As he begins to form relationships with the residents of “Americatown” and the local people of Shanghai, his priorities are forever altered. Factors play into how he deals with the firm back home and his relationships with corrupt Shanghai businessmen.

Without giving too much away, at the end of the film an unforeseen twist forces Sam to choose between the new life that he has cultivated in Shanghai or the promises of promotion; both are offered to him in exchange for his services to the firm abroad.

Overall, the film is worth a look. It's filled with your typical characters: the handsome, brooding, arrogant main lead and the friendly, over-trusting blonde.

If you are looking for lighthearted rom-com with cultural twist, make sure you check out Shanghai Calling.