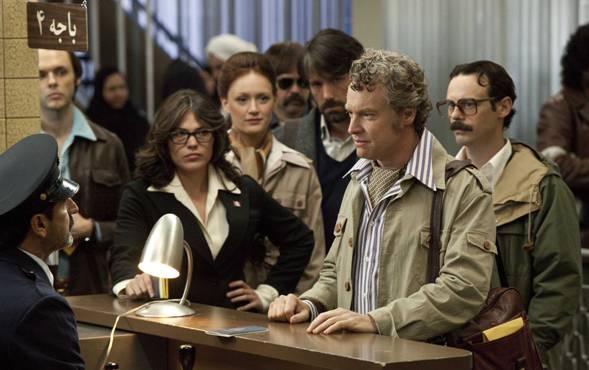 The Producer’s Guild Award, which awarded Argo, isn’t an accurate predictor of Oscar success as some of the other guild awards. However, in the past five years it has produced the same winners, and there seems to be a huge groundswell of support for Ben Affleck since the Academy snubbed him of a Best Director nomination - a Best Picture win would give him an Oscar for producing.

All nine of the finalists have their supporting factions, but it looks like there are two that will give Argo a run for its money. Lincoln has two things going for it: 1) It’s directed by Steven Spielberg, and 2) It’s the “important” period piece that Academy voters love to reward.

Silver Linings Playbook is the other dark house. It’s an actors’ movie, becoming the first movie since Reds to receive nominations in all four acting categories. With actors making up the largest voting bloc in the Academy, SLP could spring the upset.

No offense Zeitlin, but your nomination for your first feature will be your reward, and I wouldn’t be surprised if any of the other four walk away with the win. Russell  could win, and Life of Pi is a technological achievement that many directors wouldn’t have been able to pull off. Haneke is a well-respected veteran, and Amour was one of 2012’s biggest art-house hits. Since I’m not allowed to pick a four-way tie, I’m going to go with Spielberg by the slimmest of margins.

Hopefully, the other three nominees are happy to be there because this looks like a battle between Chastain and Lawrence, though if they split the vote, Riva could steal the win. With that being said, there’s no reason to pick against the SAG winner, especially since Silver Linings Playbook is picking up momentum. I’m going with Lawrence.

Every year, there always seems to be a category with a shoo-in winner, and this year, it’s Day-Lewis. He’s collected quite the truckload of awards this year, and I can’t envision him not picking up the big one.

Historically, this category is the most likely category to have a surprise winner. But like Day-Lewis, Hathway has been receiving awards left and right. She lost weight. She cut her hair. She sings. She dies. She wins Best Supporting Actress.

This is actually the first time, in an acting category, that all five nominees are past winners, but as with the Best Actress category, this is a two-horse race between De Niro and Jones. The Oscars are just as much about politics as they are about filmmaking, and Jones and De Niro are respected actors in respected movies. Since I’ve gone with the Screen Actors Guild winners three times already, let’s make it four for four and, narrowly, pick Jones.

This has been a close race all season, with all five nominees receiving strong support. With no movie figuring to sweep all the big awards, this is a close race with no clear favorite. Boal just won the Writer's Guild Award, so he's in the pole position right now. The big question is whether the recent political backlash against Zero Dark Thirty will help or hurt his chances. Still, I'm picking Boal to win his second Oscar (after The Hurt Locker).

As with the Best Picture race, Argo, Lincoln and Silver Linings Playbook are the favorites. I think, though, that it's actually between Kushner and Terrio. Terrio did just win the Writer's Guild Award, but for some reason, I think Kushner might win the Oscar. He's actually won more critics' awards than Terrio, plus he's the bigger name. I know that shouldn't matter, but sometimes it does. My pick is Kushner by a hair.

For years, this was always one of the easiest categories to call since Pixar held a virtual monopoly on the category since it was created. Pixar didn’t have a film nominated last year, and it threw me off my game. I can breathe easier this year, since Pixar’s Brave is nominated.