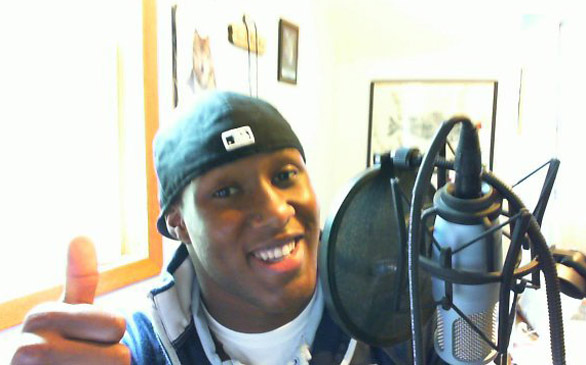 Joel Bauman is a college student at the University of Minnesota.
(Credit: Facebook/Joel Bauman)

Given the choice between wrestling and music - a decision made necessary by an NCAA bylaw -Minnesota redshirt sophomore Joel Bauman is choosing music.

As a result, Bauman is ineligible to compete in meets, the school confirmed Monday, because his budding music career is in conflict with NCAA compliance rules. He is still on athletic scholarship and can practice with the team.

"The dream is to inspire people," Bauman said Monday afternoon. "I know through music that's all I'm trying to do. My message is way bigger than my eligibility."

Bauman's writes music in a variety of genres, though most can be classified as rap or hip-hop, he said. His songs are on YouTube.com and Tunecore.com - the song "Ones in the Sky" has nearly 20,000 YouTube views. Bauman has songs available for download on iTunes as well, though he said he won't get any money for that until after his college career is over.

"We are certainly sympathetic of Joel, but based on NCAA legislation in this area, student-athletes are not allowed to use their name, image or status as a collegiate student-athlete to promote the sale of a commercial product, including songs affiliated with a music career," said J.T. Bruett, the athletic department's director of compliance, who pointed to two previous similar cases involving athletes with music careers.

After his office examined the issue and recently rendered its decision, Bruett said if Bauman "would decide to use an alias and have no reference of himself as a University of Minnesota wrestler, then he would be permitted to continue with the videos. ... Since Joel has not taken down the videos and has kept his name and likeness, he is ineligible to compete."

Bauman said he has no intention of taking down the videos or performing under an alias.

Bauman, a two-time Minnesota state champion at Kerkhoven-Murdock-Sunburg High who competes at 197 pounds for the Gophers, has battled concussion problems during his career and is just starting to work back into practices after missing more than two months, he said. He was 5-1 in open competition early this year before being injured. When asked if his decision would be more difficult if he was healthy and in the team's starting lineup, Bauman said it would not.

"My mind is made up," he said. "If you want to take away the eligibility, that's great, but I still plan on changing other people's lives."

For now, he intends to practice with the Gophers - and keep making music.

"I have no hard feelings against the NCAA or the University of Minnesota," he said. "We'll see what happens. The way you fight a movement is by being a movement yourself. I need to show people I'm serious about inspiring people. When that happens, it will speak for itself."

Special Feature
What would sports look like with smaller or no crowds?
408 views

Special Feature
He made most of his gap years: Capehart, 85, gets degree from USC after starting in 1952
281 views

Special Feature
Taking in a LAFC game is good for the sporting soul and stomach.
1,593 views