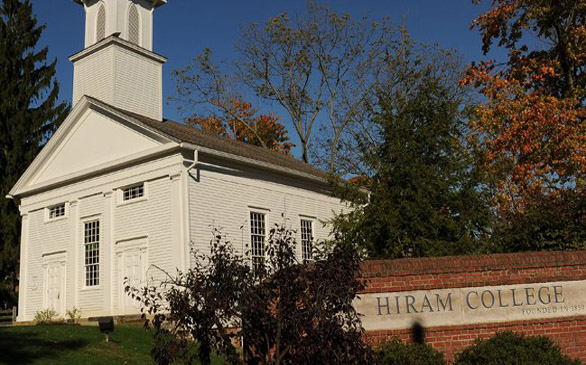 Small, private Hiram College is inching ahead with an unusual project for Northeast Ohio: a retirement community.

The college is poised to present plans to Hiram village officials in coming weeks for a planned community of 200 to 225 rental units for the 55-and-up set.

The housing project long has been a goal for Hiram President Tom Chema, who sees it as a natural fit for the liberal arts college of about 1,300 students.

"The passing of time has made me more convinced that this will be very successful," Chema said in a recent interview. "Retirees, particularly younger ones, are anxious to maintain an intellectual vibrancy. People want to live in a college community."

The university-based housing community, or UBHC in industry jargon, would offer seniors amenities ranging from classes to sporting events, he said.

University-based housing communities are on the rise, said Andrew Carle, founding director of the senior housing administration program at George Mason University in Fairfax, Va., the first program of its kind nationwide.

"It's a terrific idea if done right," Carle said, adding that he knows of about 50 communities in place and a similar number on the drawing board nationwide.

Such communities include the Forest at Duke at Duke University in Durham, N.C.; Oak Hammock at the University of Florida in Gainesville, Fla.; and the Village at Penn State in State College, Pa.

There's also Kendal at Oberlin, a nonprofit Quaker community that is home to 325 older adults. The location of the complex - one mile from Ohio's Oberlin College - has helped to draw residents from 32 states, said Terry Kovach, Kendal's admissions and marketing associate.

"It's one of the most important reasons that people consider Kendal," Kovach said.

Kendal transports retirees to campus several times a month for classes, concerts and other events; students and faculty come to Kendal to give concerts and lectures.

The community has grown to include independent and assisted living as well as skilled nursing, so residents can age in place. There is a waiting list for some accommodations of two to four years, Kovach said.

The details of the Hiram complex are not nearly so far along.

Fairmount Properties of Cleveland will build and manage the housing, Chema said, and Hiram will get a cut of the rent.

That will be pure profit for the college, as it doesn't have a need for the 140 acres north of the campus it purchased about 25 years ago. The total includes 50 acres with deed restrictions that prohibit development and will remain in the township.

Proponents hope the project will bring more development to Hiram, a village of about 1,400 residents in northeast Portage County.

"Now we have a pizza shop and gift shop and a small industrial area on the north side of town," said Jack Christley, chairman of the village's planning and zoning commission. "We don't have any senior housing. It would be nice to have some choices in town."

Chema thinks the development could promote "drugstores, coffee shops, an Amish quilt shop. Possibly we could change our bookstore and make it more of a commercial store," he said.

Eventually, the development might grow to include an assisted-living facility, he said.

Chema is counting on folks like Anthony and Nina Caimi.

Snowbirds once, the retirees liked the Hiram College atmosphere so much they gave up their home in nearby Middlefield and at a community in Gainesville for a rental house on the Hiram campus.

With rent comes the opportunity to work out in the college's recreation center and eat in its cafeteria.

Anthony Caimi said he and his wife enjoy being surrounded by young people. Students, faculty and staff have welcomed them warmly into the campus fold, he said.

Not everyone is happy about the idea of retiree housing, however. The project almost didn't make it this far.

To get water and sewer, the college had to annex land from Hiram Township to the village of Hiram - and immediately encountered strife.

Some residents didn't want to lose pristine pasture land to development; some thought the complex too close; some complained they would be forced because of their proximity to tap into the village water and sewer lines.

"One resident said, 'It would be like living in Mayfield Heights,'" township Trustee Kathy Schulda said. "They're used to going out hunting in their backyard. They like it here because it is rural."

That victory might not be secured, however. The college will need a zoning change for the property, and that could tip off another fight.

Schulda said she has heard that some opponents might collect signatures to get a referendum on the ballot if they think the college is seeking too dramatic of a zoning change.

Chema looks ahead, though, to breaking ground in late summer or early fall and building the complex for 400 residents in phases.

"I've wanted to do this for about seven years," he said. "It's taking us forever."