Nick and the Ovorols: Telegraph Taboo 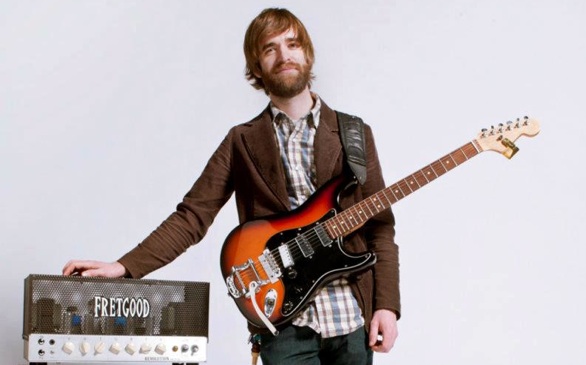 Nick Peraino is the front man of Nick and the Ovorols.
(Credit: Monaghan Photography)

Every generation rediscovers the unpretentious pleasures of roguish guitar riffs, a 12-bar beat and soulful lyrics about suffering, distress and heartache: the backbone of the blues. Nick and the Ovorols are a snarling, electrified-blues foursome from Chicago, the home of modern blues. On the band’s self-released debut, Telegraph Taboo, front man Nick Peraino smolders and scorches across his fretboard, and gives the blues a coarse twist or two. Peraino’s vocals have a Paul Rodgers-esque grit, and the music often has a nasty overtone reminiscent of a hangover on the horizon. The fuzz-flecked “Chitown via Greyhound” and oozing “Heed the Words I Say” revel in roughness; politics are barbed on “Hey Mr. President,” which won’t win Peraino a visit to the White House; while “Half of Two” has the kind of funk-soul Robert Randolph fans will probably appreciate. Nick and the Ovorols can thump out some amped-up blues, but also supply surprisingly soothed selections, like quietly moving “Day to Day” and affective instrumental “Soundtrack to Life.”