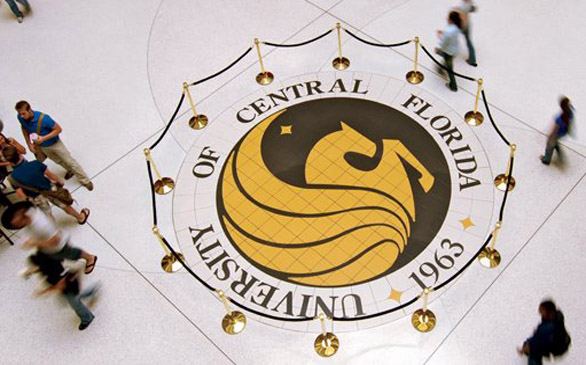 The University of Central Florida has shut down most fraternity and sorority activities as it investigates two Greek organizations for alleged hazing and alcohol abuse.

It's the first time that the state's largest public university has taken such drastic action. But officials said they wanted to send the clear message that UCF's Greek culture needs to change before things turn tragic.

University officials announced Wednesday that they have halted all fraternity and sorority social events, new-member education activities and initiation activities until "Greek culture reflects the values of the UCF Creed and, more importantly, that we can ensure compliance with laws and university regulations governing hazing and alcohol."

"We want to be ahead of the curve on this," said Maribeth Ehasz, vice president of student development and enrollment services. "We don't want to wait for a catastrophe to occur. We want our Greek system to be as strong as I know it can be."

Ehasz could not say how long groups will be suspended. But she is hopeful that at least some will be allowed to resume their activities by the end of the spring semester.

The decision prompted a flood of criticism from students at UCF and public universities statewide. Many took to Facebook minutes after the announcement to express their frustration.

Meanwhile, some anti-hazing experts praised UCF for taking strong steps to deal with a problem that affects colleges and universities nationwide.

Ehasz said the change was prompted by a recent string of hazing investigations. Just this month, the university has suspended two of its fraternities - Sigma Chi and Alpha Epsilon Pi - amid allegations of hazing and alcohol-related misconduct.

In December, the Alpha Tau Omega fraternity was placed on disciplinary probation after UCF determined it had been involved in hazing.

Sigma Chi is a repeat offender. In 2011, it was placed on disciplinary probation after freshman Ann Hefferin's death. Although witnesses said Hefferin, 18, had been drinking, and the fraternity acknowledged failing to prevent underage drinking at a party she attended, it was determined that Hefferin actually died of a rare bacterial infection.

Some, including Cornell and Alfred universities in New York, have reacted to the often violent practice by suspending Greek activities or kicking fraternities off campus.

Schools, Lipkins said, also want to avoid the kind of media attention that overwhelmed Florida A&M University after the hazing death of drum major Robert Champion after the Florida Classic in Orlando in 2011.

"I think some of the universities are finally saying that hazing has to stop," she said. "They're acknowledging that it's going on and they cannot rely on the Greek organizations to self-police adequately."

John Williams, executive director of the Alabama-based Center for the Study of Pan-Hellenic Issues, said it would be inappropriate not to take this type of action.

"Students need to clearly know what the consequences of their negative behavior will be," he said.

Some students, though, complained about the unfairness of punishing all the Greek groups for the actions of a few.

"UCF: U Can't Frat! Just another sign of how poor relations have become between University and Greek life," Brad Bailey wrote on his Facebook page.

"Do not punish me on your moral and ethical grounds, instead spend your time working on bettering this world through education," he wrote.

Ehasz said that UCF plans to create an advisory committee comprising faculty members, students, alumni and others to "generate feedback and recommendations that will strengthen Greek Life at UCF."

The university will research best practices and help develop the criteria that fraternities and sororities will need to meet before they can resume their regular activities.

During that time, the student organizations can continue holding business meetings. Students will continue to live in UCF's fraternity and sorority houses.

Philanthropic activities must be specifically approved by the Office of Fraternity and Sorority Life.