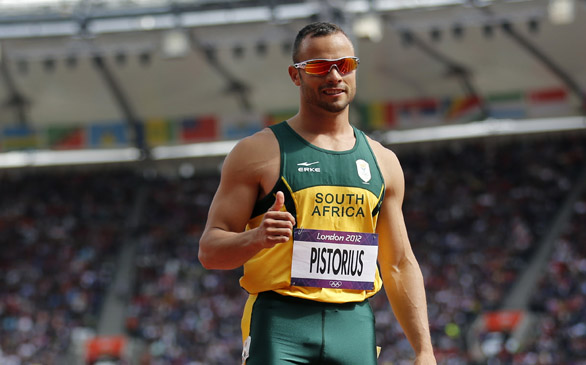 After a roller-coaster four-day bail hearing, Olympic runner Oscar Pistorius was granted bail Friday ahead of his murder trial after Chief Magistrate Desmond Nair ruled there was no risk he would flee to escape justice.

In a major victory for the Pistorius camp, Nair said that the state's case was not so watertight as to preclude releasing the athlete.

The judge said the state also failed to show that Pistorius was a flight risk, and that while the athlete had a history of aggressive behavior, the state failed to show he was likely to commit violence or interfere with state witnesses if released.

Nair was highly critical of the main police investigator, Hilton Botha, who this week was removed from the case, although he said Botha's testimony was not the entire state case.

Botha himself faces seven counts of attempted murder for opening fire on a commuter minibus in 2011, it was revealed this week.

Pistorius is accused of premeditated murder for the killing of his girlfriend, Reeva Steenkamp, in the early hours of Valentine's Day. He insists he mistook her for a burglar when he fired through a bathroom door.

The prosecution believes the couple argued, Steenkamp fled and locked herself behind the door, and then was shot.

Pistorius trembled waiting for ruling and sobbed, his body shaking, as Nair summarized the defense case. During the days-long hearing Pistorius has appeared gaunt, pale and thin, often sobbing and shaking.

South Africans listened, enthralled, as the audio of Nair's judgment was broadcast live from the crowded courtroom.

The hearing, stuffed with dramatic revelations and astonishing twists, has riveted South Africans, with the population deeply divided over his innocence or guilt. At one point the government's minister for women, children and people with disabilities, Lulu Xingwana, attended the hearing and told journalists that Pistorius should be denied bail.

Pistorius may resume training as early as Monday, his coach, Ampie Louw, told journalists before the bail decision was handed down.