Top 5 Most Surprising Moments at the Oscars 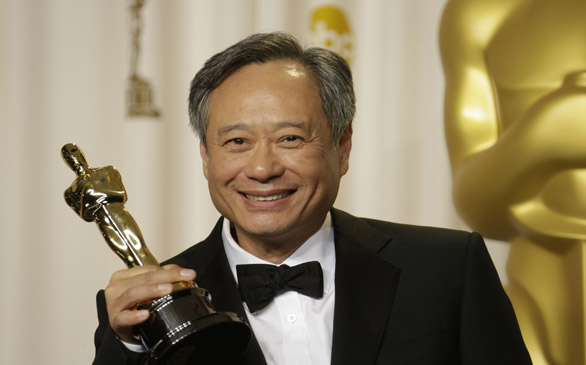 Well, that’s all folks. Award season came to an official close last night with the Oscars finishing us off. As the most anticipated award show of the season, it had some wonderful moments, including Ben Affleck’s touching speech and some great musical performances.

But those moments hardly come close to the surprising moments everyone will be talking about by the water cooler. Don’t worry; if you weren’t able to catch them all, I’ve diligently chosen the top five most surprising moments of the night.

1.Seth Macfarlane’s Ode to Cinematic Cleavage
In all honesty, Seth Macfarlane as a host in itself can be classified as a surprising moment. From the show opener of him singing about boobs, for MUCH too long, to his less than satisfactory hosting abilities throughout the night, he was not a winner. Seriously though, how long was that opening number? I much preferred Amy Poehler and Tina Fey at the Golden Globes.

2. Kristen Stewart Limping
Right when you think there’s nothing K-Stew can to do to surprise you because you don’t really expect much from her, she limps her way through the Oscars. Now, we can’t really blame her; she was injured, no big deal. But the awkward moment when she refuses to get help on stage and decides to limp instead, that’s another story.

3. Jennifer Lawrence Falling
Jennifer Lawrence didn’t just trip; she took quite a tumble on her way to accept the award for best actress. It was a moment everyone will remember, including her. However, the most surprising part of this was that she still managed to look beautiful and embrace the hilarious moment. Kudos, Jennifer.

4. Michelle Obama’s Appearance
The first lady at the Oscars! Talk about a surprise appearance. Michelle Obama not only announced the biggest award of the night, Best Picture, but she also made an eloquent speech about the cinema’s contribution to the arts.

5. Ang Lee beating Steven Spielberg for Best Director
Almost everyone thought Steven Spielberg was going to win Best Director since Affleck was not even nominated, but just as in 2006 when Spielberg and Lee faced off for Munich and Brokeback Mountain, Lee took home the award again. Those two need to stop making brilliant films in the same year!