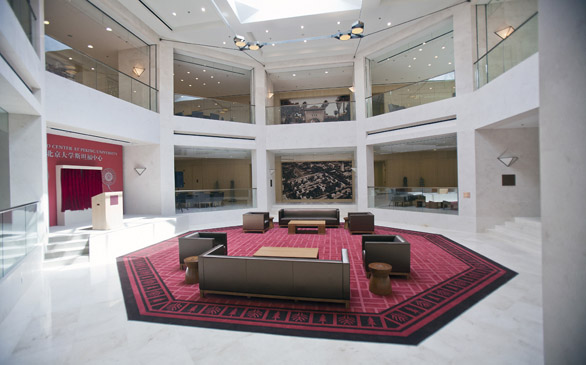 When the precocious 18-year-old applied for early admission to Beijing's International Relations University last year, she knew it was a long shot even with her outstanding scores on the gaokao, the all-important college admissions test, which put her in the top 6 percent of graduating seniors in her province.

She wasn't crushed when she was rejected by the school, but she was later, when she found out that male applicants with lower scores had been accepted.

"It's not fair," said the young woman, who asked to be quoted only by her nickname, Kale (pronounced Kala), to avoid reprisal. "The girls and the boys work just as hard. We all study from 7 a.m. to 10 p.m., under heavy pressure, knowing that if we don't succeed, our future is in limbo," said Kale, the daughter of a factory worker and the first in her immediate family to go to college.

These days, Chinese girls have become victims of their own success. They are scoring higher and higher on standardized tests, prompting universities that want roughly equal gender enrollment to accept less-qualified male students. It is tantamount to affirmative action for boys and it is making many young women furious.

"Parents started contacting us saying that their daughters scored the same or better but that the boys were accepted instead," Guo said. "The difference is really significant, sometimes as much as 65 points," out of a maximum of 750.

University admission in China is based solely on the all-important test, which is to the SATs somewhat like a triathlon is to a relay race. About 9 million students take it over three days each June and find out over the summer whether they've been admitted to the university and major of their choice.

In the United States, where test scores are just one element in college admission decisions, girls lag boys on overall SAT scores (largely because of a significant gap in math scores) but get better grades on average. As a result, women account for 57 percent of college undergraduates. Nonetheless, there have been complaints of discrimination against girls, and some college admission officers have acknowledged that they admit less-qualified boys to avoid having too much of a gender imbalance.

In China, national data on male and female test scores aren't made public, but in recent years universities have published scores of incoming students on their websites.

That is how Kale, who scored 614 on her tests in June, discovered that boys had been accepted to the international finance program from her province with scores as low as 609, while 628 was the lowest score for girls who were accepted.

Scouring the websites for evidence of discrimination, women's rights activists have discovered even higher gaps for foreign language and performing arts majors. Shanghai Language University admitted boys from Guangxi province with scores of 551; for girls, the lowest score was 616.

In protest, several dozen women and a few sympathetic men have shaved their heads (at home, since public demonstrations in China are discouraged) and distributed the photos on the Internet.

Girls account for about 46 percent of Chinese elementary school students (reflecting the higher male birthrate, the preferred gender in the nation) but they account for nearly 51 percent of college students, according to 2010 data published by the Education Ministry.

(Nicole Liu of the Los Angeles Times' Beijing bureau contributed to this report.)