Sevyn Streeter: Breaking Through to the Other Side 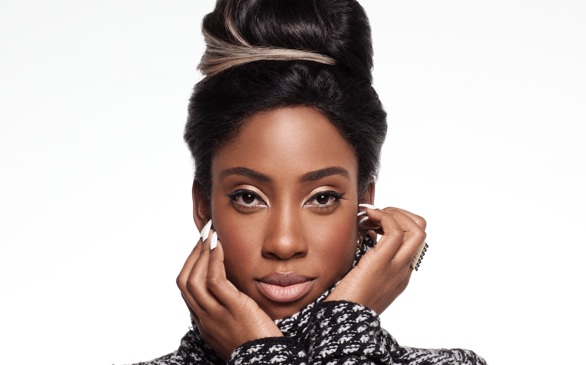 Not too long ago, Amber “Sevyn” Streeter was living the dream in the girl group RichGirl with three other beautiful ladies. However, after releasing a few singles and a mixtape, the group disbanded.

“When RichGirl first ended, my little heart was crushed because I really wanted to be an artist,” said Sevyn.

But her little heart wasn’t crushed for too long; she is now establishing herself as a solo artist, a firecracker R&B/pop vixen we need to keep our eyes on.

Recently, Sevyn spoke to Campus Circle about her new album, her work with Chris Brown and how she went from being the church choirgirl to penning songs for Justin Bieber, Alicia Keys and Estelle.

“I‘ve been singing forever; I started singing in the church,” said Sevyn. “At 14 years of age I was already working and shortly after that ended up with RichGirl, an all-girl group. We got to tour with Beyoncé, which was the experience of a lifetime,” she said, still incredulous.

So, how does one go about writing for today’s superstars? According to Sevyn, it’s about having dedication, patience and complete faith that God put you on that particular path for a reason.

“I take the opportunities that God gives me at the time and go with it,” she said. “Rather than think of [RichGirl’s breakup] in a negative way, I took it as an opportunity to write songs.”

For Sevyn, her path as a songwriter blossomed into something “really, really beautiful.”

“It [loosing her band] turned into a blessing, because I was able to write songs that appeared on a Chris Brown record, wrote songs for Estelle, Alicia Keys and Justin Bieber,” she said in a proud but humble tone.

However, Sevyn doesn’t take the fact that she’s a new artist lightly; she knows that aside from already achieving much success, she’s got her own path to forge and a long way to go.

“You have to just keep working and utilize the opportunities God gives you at that moment. That may not be your dream at the time, but trust me – at the right time, it will all come full circle,” she said confidently.

Sevyn said the journey to becoming a solo artist has been far from perfect and understandably difficult.
“The most difficult part of my journey so far has been doing things by myself. I mean, I’ve always been in groups,” admitted Sevyn. “Now, it’s all up to me.”

She added, “…But [the journey] has also been the most fulfilling because I have learned so much.  I’ve had to learn my weaknesses and learn my strengths and learned to balance them and improve myself. It has been crazy, but I appreciate all of it!”

Sevyn’s candidness and warmth ooze over the phone and melt your heart almost instantly. The energy and effervescence that she evokes in her videos and songs are all echoes of the person that she is.

When speaking about Chris Brown, her mentor, Sevyn understandably chose to avoid the personal questions and any of the gossip that surrounds him.

“We have a great working relationship, and when we get in the studio, we get there to work…he’s supportive of me, and I’m very thankful for that,” said Sevyn.

Her new album isn’t out yet, but she’s already been deemed a rising star by outlets such as Essence magazine. She’s even been compared to the one and only Beyoncé. That could be a lot of pressure for a young artist. However, Sevyn is not afraid of pressure – she welcomes it.

“I don’t think a little bit of pressure is bad all the time…all you have to do is learn to channel it. I think about it as a unique opportunity, and it’s never a bad thing to be compared to someone as great as Beyoncé! I think: Let me just do what I’ve got to do then,” she chuckled. “I welcome all of it [the good and the bad], and I’m appreciative that people like and want to work with me.”

What can we expect from her new, not yet titled, album? She said you will hear a lot of poppy beats, urban tones and some throwbacks to the ‘90s.

“This album doesn’t have a particular concept yet, because I’m still trying to define myself as an artist,” she said. “The most important thing as a songwriter…is that people can relate to the things you’re writing/singing about. Right now, I’m not in a relationship so I may speak about how I’ve been hurt or what I like about being single – I don’t know. I’m just taking it one day at a time.”