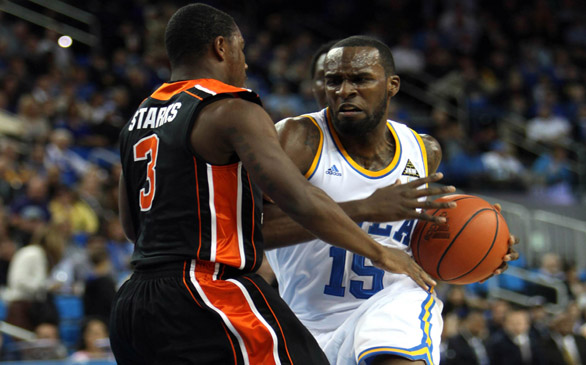 UCLA freshman Shabazz Muhammad has been named as one of 30 candidates for the 2013 Naismith Men's College Player of the Year award presented by AT&T, the Atlanta Tipoff Club announced on Tuesday, according to Athletics Department at UCLA.

Muhammad leads all freshmen in the nation with 18.2 points per game; he's UCLA's leading scorer. The Las Vegas-native also ranks second in the Pac-12 in scoring at 18.2 per game and leads the conference in three-point field goal percentage (43.2 percent)