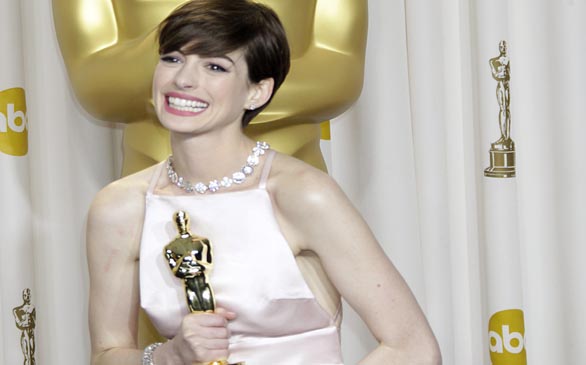 After Anne Hathaway ditched the Valentino dress she was set to wear at the Oscars last Sunday, fans were a little confused. Prior to the ceremony, the designer had issued a press release stating that the starlet would don a new gown. But after Hathaway switched to Prada last minute, rumors circulated that the actress meant to snub Valentino, prompting her to issue a statement, which can be read below:

Blog
What qualifies as 'cheugy' in the Northwest? Generation Z weighs in
926 views

Blog
Don’t hit the beach without them: the bare essentials
1,920 views

Blog
Most Beautiful Woman Sandra Bullock: "The most beautiful are the ones who aren't trying"
1,570 views