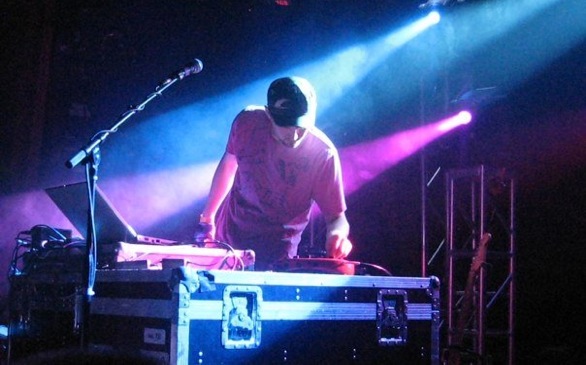 Portland-based producer Emancipator deserves some of the credit for pushing the boundaries of an EDM subgenre (trip-hop) that is more centered on self-reflection than dance.

Douglas Appling does just that with his fourth studio effort, the 10-track Dusk to Dawn he released in January on Loci Records.

It starts off strong with hit single “Minor Cause,” as violins accompany soft piano notes that are backed by soothing harmonies and crisp hip-hop rhythms. On the ensuing song “Valhalla,” Appling’s work remains reminiscent of something Tommy Guerrero produced for his highly regarded 2003 release, Soul Food Taqueria.

When it comes to “Dusk to Dawn,” the album’s title track epitomizes the Emancipator sound — delicate mandolin and violin textures layered over a grooving 4/4 beat. And behind a bevy of Latin percussion, “The Way” picks up the pace just enough to exude a distinct Thievery Corporation flavor.

Appling, who released his first album under the Emancipator moniker at 19 years old, slows things down toward the end of the record, but the remaining tracks don’t fall flat despite the lack of tempo.

With his blend of organic samples and silky melodies, Emancipator isn’t reinventing the wheel here. But he’s certainly found something that works.