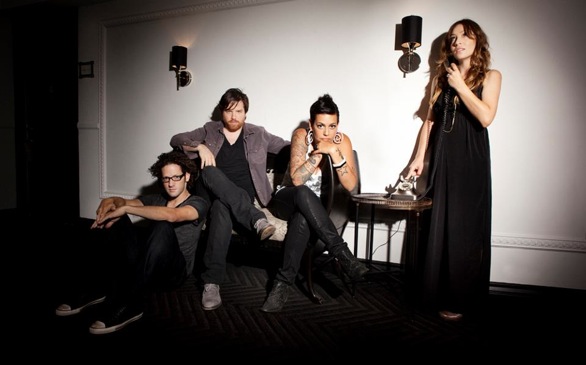 An integral part of the Rescues’ sound is the interplay of male and female lead vocals and the sweet harmony found on tunes like “Did It Really Even Matter?” This is ample proof that the two-guy, two-girl group has something in common with superstar hit makers Fleetwood Mac. However, to peg the band as a Mac knock-off would be completely wrong since most of their output is not done in that style. “Arrow,” for example, is a soaring but aching ballad where the harmonies conjure a feeling similar to the stirrings provoked by gospel music. The the modern pop of “Under the Weather” shows that the Rescues are also fans of the Eurythmics.

Calling their album Blah Blah Love and War, the Rescues have their collective tongues firmly in cheek. Sure, the songs are about the tenuous nature of romantic relationships, a subject that’s been done to death, yet that remains the stuff that everyone can relate to. Songs like “Love Like Cyanide” tap the perfect mix of elation and regret that comes from eking out the last few drops of joy from a toxic situation. The album’s hooks come more from the keening voices than lyrical hooks, but the band has a very catchy ace-in-the-hole in “Everything’s Gonna Be Better Next Year,” a tune that closes cleverly and appropriately with a nod to “Auld Lang Syne.”