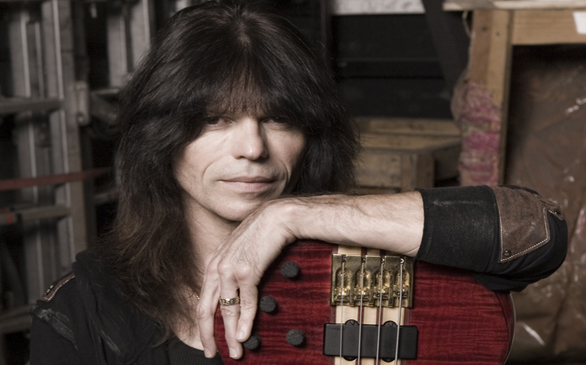 Rudy Sarzo carries a great deal of experience and fame within the music industry.

Campus Circle managed to fit in his precious and busy schedule and conduct an interview.

Rudy Sarzo: When you're a kid, you're interested in a lot of different things. When I was young, I went to school in 1964, and that's when I found my passion for rock - not just for the music, but for the effect that rockers had on girls. It really caught my attention. But then later on, you find that you fall in love with your instrument to the point where it becomes part of your body. It becomes an extension of who you are.

CC: How would you classify your career: as a dream come true or as one that was achieved through hard work?

RS: It's a dream come true, but that reality is much bigger than anything I dreamed, so that overshadowed everything. There's a lot of hard work, especially touring. It's very difficult to tour for many reasons: travel arrangements, luggage restrictions, etc. These are things that people who come watch a performance never think about, but for us, it's very important. The main thing is to be on stage for your set, and you forget everything. Then the music becomes a celebration of all that hard work and of what we do.

CC: Can you talk about some of your musical influences throughout your career?

RS: There have been many. I've had inspiration from several artists, some of which I only know through their children or by their performances. But I've also come to find inspiration from the very musicians I play with like Ozzy Orbourne, Randy Rose, later from Whitesnake, etc. It's a great thing that one can be inspired by the very members of the group you're playing with.

CC: You're part of two markets: the U.S. market and the Latin American market, which is very important as well. What does it mean to you to be bilingual and to have the opportunity to identify yourself with both markets?

RS: Something that's very important for a rocker, regardless of what market you play for, is one's identity. For me, rock signifies pure freedom, being free. Most music we know today originated from slaves picking cotton on the fields. Rock's roots are in the blues, and for me that's the definition of pure liberty. Freedom begins in your mind. Then, the rest comes. When I lived in Cuba, I was familiar with the likes of Fats Domino, Little Richard, Elvis Presley. So we have a lot of rock influence in our culture. Then, when I moved to Miami and later New Jersey, I lived it in full due to all that influence. Then we had the British invasion, which was also very important.

CC: From 1992-1994, you moderated the rock portion of Billboard's Latin conference. How was that experience for you?

RS: Well, some friends involved with Billboard invited me to this conference, and that's where I first began to see the movement of Latin rock. So that's where I first met Shakira, when she was still a brunette. From there, I went to do some production in Argentina for a group called Lobos. I spent a month there working on the album. After that, I began my own record label for Spanish rock called Sarzo Music. I had Lobos and other Argentinean groups as well as some Brazilian and Mexican groups. I did all this with my own money, so you can imagine it was lots of faith and lots of hard work.

CC: How was it working through your own record label?

RS: At the time, I spent a month in Argentina and a month in Brazil doing some performances with a group called Alacran – it's a big Argentinean heavy metal band. Then on the weekends, I would give clinics around Argentina. All this is not necessarily just for the Latin audience but also for the musicians in general. I do this all over the world, in Spanish in Latin America. My clinics are based on production – how to prepare a group and get them ready for the studio. Basically, what a producer does before going into the studio, preparing the band, assigning arrangements (who plays what), making sure everyone is ready, making variations of arrangements, fine-tuning melodies and solos. So, for me to be in a position to do this with Latin musicians is very important.

CC: Where do you enjoy yourself more: in production, arrangements or performing?

RS: I enjoy the entire process - everything. All of those things are different, but in a way they are all related. It's all about communication. I very much enjoy listening to others make music, as much as I enjoy doing it myself, when I also get to guide the process to help them bring out the best in all these musicians.

CC: What has the city of Los Angeles meant to you throughout your career?

RS: When I first got there in the 1970s, it was a mecca...if you really wanted to be part of a group and were serious about getting a record deal or being signed, that was the place. That's changed a lot because nowadays, you can be discovered in YouTube, or Facebook or other mediums. But back then, you had to either be in Los Angeles or New York. So for me, L.A. was the final destination. You either make it or break it. I love L.A., in that it's very bilingual. If I really need to find my Latin identity, I can find all sorts of places like restaurants, institutions and neighborhoods. And if I ever just want to rock out, I can always go to the Sunset Strip.

CC: Technology is always changing. What does social media mean to you, and how do you use it to keep in touch with your fans?

RS: One always has to not only accept but adjust to all these constant changes. Things have changed tremendously over the years, and in another 10 years, they will have changed even more. So the most important thing is to take advantage of all these technologies. Honestly, I feel more creative and more in control of my art because I get to be more hands on. Once you become familiar with the technology, you can be more involved. It becomes more concrete.

CC: What are some of your hobbies?

CC: In what way are you involved in it?

RS: Visual and special effects, creating animations like you see in the movies.

RS: Just that my goal this year is to release a solo album and do more touring and involve more Latin artists – to share my experiences after 30 years in the business. I've worked with the best, and when you have that much experience, it's very important to share it.