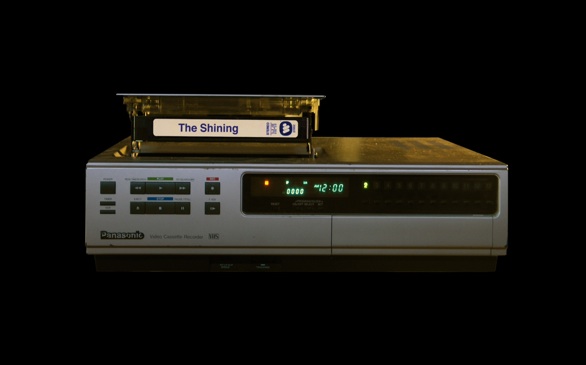 Room 237 is a film documentary (of sorts) about Stanley Kubrick’s horror masterpiece The Shining. With the help from the film, copious amounts of stock footage as well as clips from several of Kubrick’s other films, Room 237 dives into the rabbit hole of conspiracy theories, alternate meanings, hidden symbols and other wild speculative rambling about The Shining. The results are equal parts fascinating, absurd and thought provoking while remaining consistently engaging throughout most of the film’s admittedly bloated runtime.

The film features commentary from a variety of professors, journalists and theorists. Each dive into a specific subject. The conspiracies themselves range from feasible to downright silly, but even at the film's lowest points, it remains thoroughly entertaining. This is bolstered through unique production design and a fantastic original score by a musician known as The Caretaker, himself inspired by the haunted ballroom scene from The Shining.

Director Kubrick, who helmed other cerebral masterpieces like A Clockwork Orange and his magnum opus 2001: A Space Odyssey, was an apparent genius with a rumored IQ of 200. The Shining has long been rumored to be stemming at the brim with hidden and subliminal imagery and themes, the result of a bored filmmaker with a brilliant mind and too much time on his hands. Kubrick studied popular books of subliminal advertising, working in various eye tricks and sexual imagery into the film unbeknownst to the viewer.

Or did he? Maybe instead, The Shining served as a film subliminally hinting to the viewer that Kubrick himself was the person responsible for faking the moon landing. This theory serves as one of the interesting high points in Room 237, both from an ideological and entertainment perspective, even more so because of the wealth of compelling examples set forth in the film.

But that’s just crazy, right? Maybe Kubrick made The Shining as a commentary on the genocide of the American Indians, a theory again supported by clear examples set forth in a remarkably compelling fashion in Room 237. And the list goes on. Spoiling all the theories would ruin the experience of watching it, so I’ll stop here.

The topics that are brought into conversation remain consistently thought provoking for the film’s 102 minutes. This isn’t to say that they aren’t far-fetched or sometimes incredibly stupid. The film’s structure presents idea after idea, sectioning into roughly seven chapters like a mini TV movie or web series. By the end of the film, this structure grows increasingly tiresome, grasping at strings when it should be wrapping up. The filmmakers could easily lose at least 20 minutes and still present a compelling argument.

As stated before, the commentators range from mild to wild, at times rambling into incoherence like a hippie with a head full of acid. Some of the ideas presented are indeed so paranoid and out of this world that it’s hard not to imagine hallucinogenic drugs being involved.

But regardless of the whether or not all or any of these theories are even remotely true, Room 237 showcases how cinema, especially powerful, expertly crafted cinema, can engage the brain in ways few art forms can. Each of the commentators here have an unrivaled love for The Shining, watching it forward and backwards...sometimes at the same time, looking for clues, themes and hints in each frame. They have gotten lost in the fictional maze of the film, breaking down what may or may not be Kubrick’s layered masterpiece that many claim in the film.