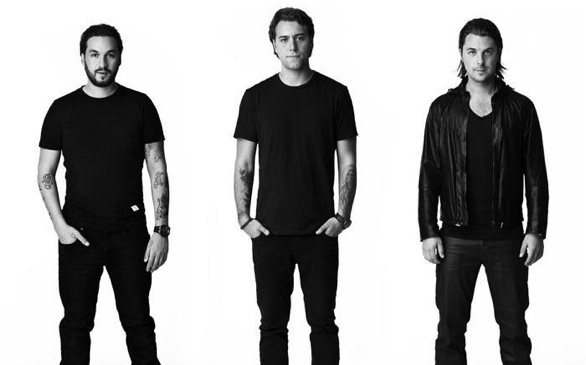 Swedish House Mafia has announced a first-of-its-kind interactive live show app that will connect them to their fans during their finals shows on their "One Last Tour." This free app (called LISNR) will be triggered into life during a special moment at the Masquerade Motel shows this Friday and Saturday (March 8-9) in Los Angeles. After downloading the app prior to the shows, fans with smartphones will be prompted to "hold their phones high into the air and become a part of the show," according to a prepared statement. SHM's state of the art visuals will then take over the crowd, and the show will come to life across the audience.

"We're so excited to have found LISNR," said Axwell of SHM in the statement. "LISNR will allow us to come together with our fans for a totally unique experience. Together, as one, for one last rave!"