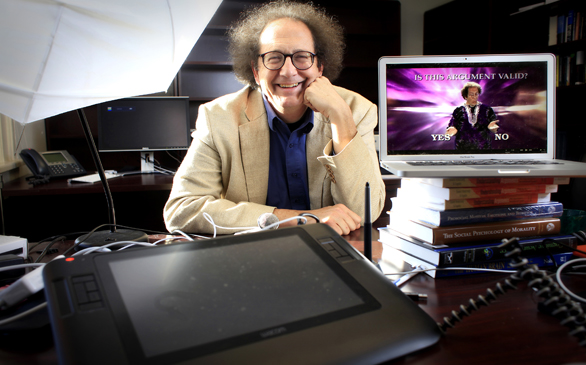 The debate about massively open online courses, or MOOCs, has reached such fevered pitch that we recently got to witness an internecine argument about it at The New York Times. On one side was the technology-optimist columnist Thomas Friedman, who imagines a time when students in a remote village in Egypt could install a couple of computers with high-speed Internet access, hire a local facilitator and study with the best professors in the world. On the other side, the Times' editorial board felt compelled to point out that most online courses are pretty dreadful, with high dropout rates and poor learning outcomes.

Of course, online education and its first incarnation, distance learning, have been around for a long time. MOOCs have leapt onto the front pages because of their scale - 10,000, 100,000, 200,000 students - and the name-brand schools involved. Students can study with M.I.T. professors. Wow. As exciting as that may sound, the shortcomings and challenges have also been well known for years.

The problem with the current debate is this. The quality of the education a student receives at Stanford or M.I.T. is not driven by the large lecture classes offered there. It rests on the more intimate opportunities to study, learn and conduct research alongside the top researchers in the world and their graduate students in small classes, seminars and labs. And though the formula changes from institution to institution (smaller liberal arts colleges give more direct access to professors, for example), no college or university promotes its 1,000-seat lecture courses as its strength or a reason to enroll. So what's the ongoing attraction of a 100,000-seat class?

On the other hand, the criticism of most online classes really involves looking backward. Over the past couple of years, new technology, particularly the ability to produce and stream video at low cost, has emerged that promises to be a game-changer for online courses. Not surprisingly, MOOCs make extensive use of video. Noting that online education has not really been that beneficial so far is like saying in 1985 that cellphones have very limited applications.

The real debate should be about how to create online educational experiences that are as rich or richer than the traditional classroom. The quality of an educational experience rests on four dimensions: the quality of the student-teacher interaction; the quality of the directed student-student interaction; the ability of the teacher to build an authentic connection with the student to foster a relationship that inspires and motivates students to learn; and the engagement with content of the course. MOOCs may excel on the last dimension by making complex material more accessible, but it is hard to see how they can compete on the other three. As for other kinds of online classes, to date, they too have often failed in the same ways.

It is not that online classes can't work. They just haven't worked yet. The size of the class and the prestige of the institution or professor are not the issues. What is important, however, are the characteristics of the experience.

Elliot King is the chair of the Department of Communication and Neil Alperstein is director of the M.A. program in Emerging Media at Loyola University Maryland. They can be reached at eking@loyola.edu and nalperstein@loyola.edu. They wrote this for the Baltimore Sun.