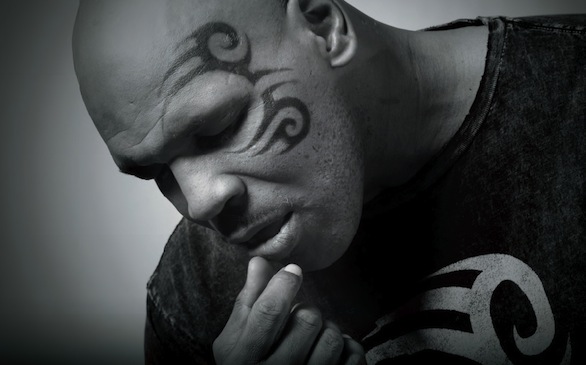 With the lights off, he sat alone on the stool on the stage. Gradually, Mike Tyson’s face appeared as it was lit up while the sold-out crowd cheered, whistled and joyfully clapped for his appearance.

Tyson used to be the boxer who knocked out opponents within seconds at the start of fight. He also used to be the guy who would get into a lot of trouble out of the boxing ring. Presented by James L. Nederlander, directed by Spike Lee and written by Kiki Tyson, “Mike Tyson: Undisputed Truth” shares and depicts Tyson’s past personal and professional life – one that he makes quite the comedy of.

The opening night of this much-anticipated piece held a red carpet. Celebrities such as LaToya Jackson and Eric Roberts, among many others, walked and posed for photographs. But the high-profile celebrities kept on coming, even when the show had started.

Moments after Tyson finished commenting on his mother (which he did several times), the infamous Ray J walked in and sat three rows in front of me.

The utterly beautiful Charlize Theron and former NBA player Baron Davis also made themselves part of the attending public, who seemed to love Tyson’s one-man show.

I loved it, too. Tyson mentions many figures that were, have been and continue to be a part of his life, and his charisma was evident. This man is funny, loveable and a luminous gem on the stage.

For example, in the beginning of the show, Tyson said that he could have modified the show’s titled by calling it “Mike Tyson: Boxing, Bitches and Lawsuits.” The crowd laughed hysterically; no one expected for that to come out of his mouth - it was beyond comical.

The show, which only runs through Sunday, March 10 (7 p.m.), is indeed an explicit view inside the life and mind of Mike Tyson. For the entire 90 minutes, people will surely receive their money’s worth and a bit more. You get to see Tyson, known as The Baddest Man on the Planet, in person on stage.

How cool is that? Very cool.