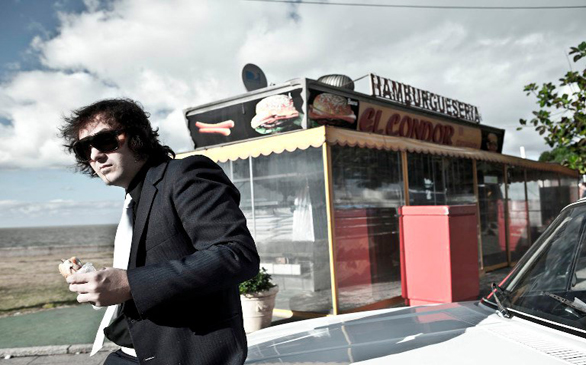 Max Capote is a singer and songwriter of Uruguay.
(Credit: Facebook/Max Capote)

We all know that South American countries are rich in culture, food, and soccer, among other things. Uruguay, for example, touches all those areas, but it surpasses other segments also, such as in the music industry.

For one night (Wednesday, March 13), a total of seven music artists of Uruguay will take over the South by Southwest (SXSW) festival in Austin, Texas – a place that hosts music events like no other once a year. The show, called Sounds of Uruguay, is scheduled at Speakeasy, and it’ll feature El Cuarteto de Nos, Campo, Max Capote, Malena Muyala, Martin Buscaglia, Franny Glass, and Daniel “Tatita” Márquez.

All are accomplished Uruguayan music acts.

What can we expect from the sets?

Max Capote, for instance, didn’t commit to specifics. “It’s hard to predict what will happened because in every live show, crazy things always happen,” he said. “But we’re very excited to be doing it.”

In 2011, Max Capote was nominated for a Latin Grammy. His prolific ability to not only sing, but write and compose tunes led to that nomination – one that he cherishes.

“It was a lovely experience,” he said. “It was wonderful to be recognized not just in the Latin music industry, but in other parts of the world as well. After the nomination, press from around the world got to know who Max Capote was and what his music was about.”

The lone woman in this soon-to-be epic night, Malena Muyala is an award-winning singer of tango, waltzes and milongas; she’s also quite the eloquent person when chatting and a true intellectual in general. She’s a bit unsettled about performing at SXSW, but she claims there’s excitement as well.

“A bit nervous,” she said. “I remember one of my theatre teachers always used to say, ‘You must always have nerve, but not be nervous. Being nervous will paralyze you but nerves help keep you standing.’ So that’s kind of what I’m experiencing at the moment.”

“There’s a lot of enthusiasm amongst myself and the members of my group. We’ve heard wonderful things about what this festival is and of what to expect. We’re also expecting to learn a lot from this experience. We will all have our ears open to all the rich musical performances from all over the world.  From our end, we’re happy to be bringing a bit of our country and share it with the world.”