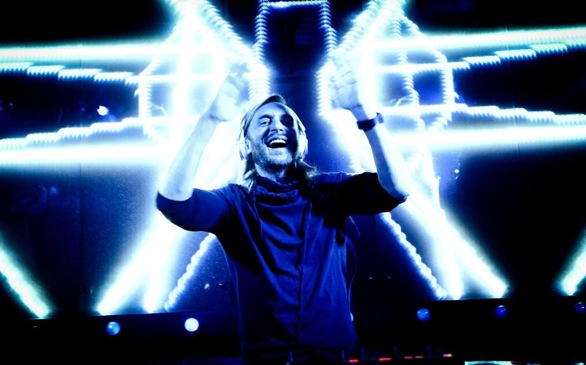 David Guetta will perform at this year's Beyond Wonderland.
(Credit: Anthony Ghnassia via Facebook.com/DavidGuetta)

Beyond Wonderland is back again this year with a bigger venue and an even bigger line-up.

In its fourth year of providing the best names in electronic dance music (EDM), Beyond Wonderland decided to move to a new outdoor venue: the San Manuel Amphitheater in San Bernardino. Pasquale Rotella, CEO and founder of Insomniac, is excited about the possibilities that the new setting will have for the fans and for the music.

"Surrounded by rolling hills and mountains, we will transform the grounds like never before with multiple stages, new features, large scale art installations and roaming performers," said Rotella in a prepared statement.

Beyond Wonderland has made a solid reputation for itself as the rave of reverie and illusion, and Insomniac hopes that the venue transformation will allow them to create an authentic “wonderland” for fans.

Saturday’s line-up will include sets from some of EDM’s gods, including Afrojack, David Guetta and Darin Epsilon as well as plenty of new up-and-comers. The day will feature more than 40 different artists and five different stages. Performances apart from the DJ sets will include aerialists, fire twirlers and theatrical dancers, and the grounds will contain several installations from artists from across the country.

In order to ensure that all attendees stay “happy, healthy, and hydrated” at the event, Insomniac has even assembled a festival team called Ground Control, a grassroots movement that began in Spring 2011. Team members will be sporting purple shirts and will be available all throughout the grounds for water refills or any support that festivalgoers may need during the day.

Beyond Wonderland will take place from 4 p.m. - 2 a.m. this Saturday, March 16. Tickets start at $65 and can be purchased at beyondwonderland.com.