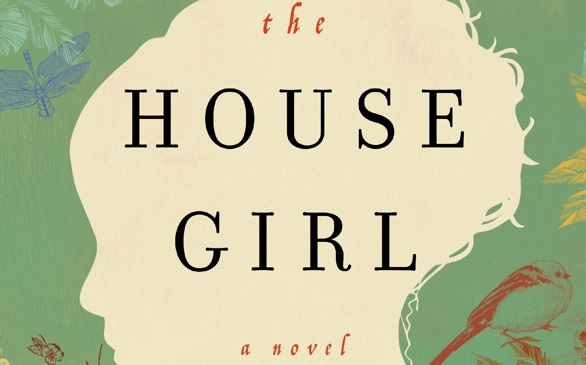 Hounded by niggling intuitions, Hainey habitually returns to the obituaries recounting his father’s early demise. Depending on the newspaper, the reports vary from a heart attack to a brain aneurism. And the Chicago Daily News writes the tantalizing words that Hainey Sr. died “while visiting friends.” This information, coupled with the fact that it was in the middle of the night, leads Hainey to wonder what really happened that night.

Only 6 when his father died, and now a journalist, Hainey turns his considerable reporting skills to his father’s death and doggedly pursues any and all leads. Although realizing that the truth may be painful, Hainey continues his investigation, determined to discover what actually happened.

The portrait that emerges, surprisingly, has less to do with Hainey Sr. and more to do with the author’s mother, Barbara. Forced to raise two sons on her own with little more than grit and determination, Barbara emerges as a true heroine. Hainey’s representation of his mother bursts with love and awe.

As the clues finally fall into place, Hainey finds the answers but is ambivalent about what to do with his discovery: What if the rest of his family would rather live in blissful ignorance?

The questions of family, loyalty and truth emerge in After Visiting Friends and will resonate with just about everyone. The surprise – for Hainey and the reader – is recognition of the compassion behind the cover-up. Many of the perpetrators hoping to protect both the living and dead from an unpleasant or uncomfortable reality are torn about the right way to handle the situation.

On his solo quest for the truth, Hainey discovers that people are stronger and more resilient than he has given them credit for – he included.

On the first page when Josephine, a slave born to Bell Creek Plantation, is slapped by “Mister” and decides to take her destiny into her own hands and flee, The House Girl by Tara Conklin takes off like a shot.

Josephine’s legacy, an artist of considerable talent, is lost as her art gets attributed to Lu Anne Belle, the plantation’s mistress.

Fast-forward a century and a half, and the question of provenance comes up, throwing a legacy and a lot of money into question. Through the wonders of DNA testing and the interest of Lina Sparrow, a young lawyer who is pursuing a slave reparations case, the dead are not left to rest in peace.

Conklin expertly weaves the historical tale of Josephine’s journey to freedom with Lina’s tale of self-discovery. The lawyer has a slew of her own personal secrets to uncover as she follows the now cold trail of the mystery of Bell Creek Plantation.

Reminiscent of Attica Locke’s recent novel The Cutting Season, The House Girl reminds us that history is never really in the past but rather has repercussions that ripple out in unsuspecting ways, affecting total strangers.

Conklin’s subtle explorations into race, gender and the worlds of art and law are astute and fun to read. She never hits the reader over the head with her assertions; she lets the narrative speak for itself.

Some families produce generations of fascinating characters: the Freuds, the Kennedys, etc. The Shopsins of New York turn out to be one of these tribes.

Having chowed down at Shopsin’s West Village eatery in the early ‘90s, I was drawn back continually by the delicious and original food (900 items on the menu!) and also by the quirky and intelligent family that populated the joint. They seemed like just the kind of New York family I, an Angelino, longed to have: brash, confident, loud-mouthed and fiercely intelligent without a hint of self-deprecation – a potent cocktail.

I witnessed even more of the family dynamic in the tremendous documentary I Like Killing Flies, which depicted their peculiarities. Years later, after reading the delightful Eat Me: The Food and Philosophy of Kenny Shopsin, I was tickled to discover that Kenny Shopsin’s daughter, Tamara, had done the illustrations and design. I felt as if I personally had spotted a hidden talent, just from the way she had taken my order back in the early ‘90s.

Now, imagine my further immense satisfaction when I came upon Tamara Shopsin's latest work, Mumbai New York Scranton. Unequal parts travel piece, memoir, scrapbook and musings on the world, Shopsin manages to sum up major topics with simple lines like, “Ayurveda is an ancient form of medicine in India and a new-age medicine everywhere else.”

Her wholly original work defies categorization. Brimming with observations, details, snippets of conversations and photographs by her husband, Jason Fulford, Mumbai New York Scranton is funny, intimate and dear in the way of A.A. Milne’s Winnie the Pooh. However, that’s not exactly right because it’s not a children’s book, and it’s not all sweet. But you do get a singular look into Shopsin’s taste, style and gestalt so that you feel as if you really know her.

Like Jane Austen, Shopsin has a laser-like focus for specificity, from the incongruous ruffled, pink curtains in a shabby hotel in India to the quirky medical instruments that shockingly become a part of the story. The author’s eye for detail turns the mundane into the sublime and make you want to partake of any adventure she might embark on.