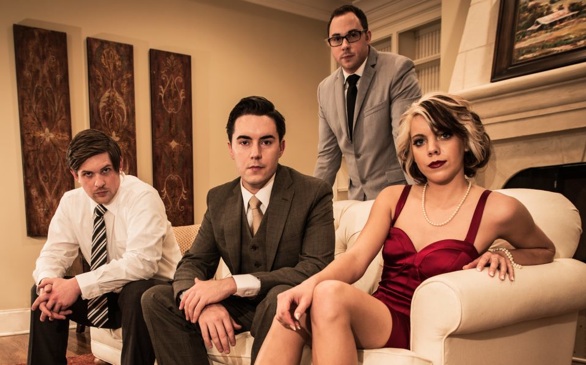 Sometimes when things don’t go as hoped, it's better to scream to the heavens than it is to get all weepy. As the title Battle Scars and Broken Hearts indicates, the new Darling Parade album deals lyrically with the aftermath of having learned some hard lessons in love.

Darling Parade plays soaring alt-rock, and lead singer Kristin Kearns deals out the heartbreak without watery eyes; there’s definitely no mascara running down her face as she turns a feeling of emptiness into wonderment on the extremely catchy “Ghost,” a hit-bound sing-along with enough pop power to put Darling Parade on a par with similarly-sounding hit makers Evanescence. Buzzing guitars help Kearns cut a relationship short on “Just Another,” where she can’t resist adding the putdown “You’re just another sad excuse for a lover” to the kiss-off. Not to discount the subject matter, but songs like “Coming Undone,” “Bad Habit” and “Summer” call more for rocking out on air guitar than they do hanging on Kearns’ every word. Album closer “With You” is actually the set’s battle scars and broken hearts referencing title cut, and here Kearns sounds truly sad. But otherwise, Darling Parade makes breaking up sound kind of like fun.

Battle Scars and Broken Hearts is expected to release on April 2. Visit https://itunes.apple.com/us/album/battle-scars-broken-hearts/id593622756 for pre-ordering information.