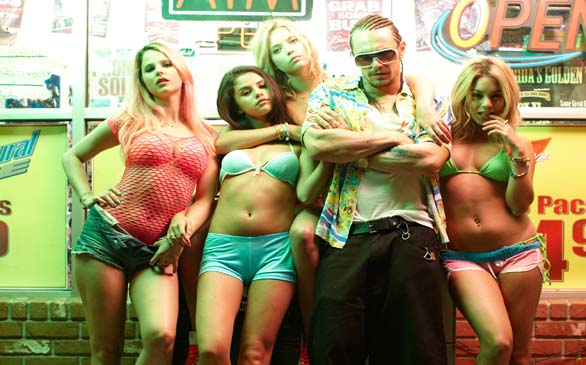 Break out the red cups.

Spring Breakers, Harmony Korine's R-rated tale of four college girls on a debauched party trip, this past weekend posted the biggest debut of the year for a film playing in limited release. Screening in two theaters in New York and one in Los Angeles, the picture collected $270,000, according to an estimate from distributor A24 Films. That amounted to an excellent per-theater average of $90,000 - the 10th-highest such average ever for a live-action film in limited release.

The movie stars former Disney Channel starlets Selena Gomez and Vanessa Hudgens. It also features James Franco, who already was doing well at the box office with Oz the Great and Powerful, which was No. 1 for the second consecutive weekend. Since Spring Breakers' splashy red-carpet premiere at the Venice Film Festival last September, its stars have trotted around the globe heavily promoting the film at festival screenings in Toronto and Austin, Texas, as well as with appearances in France, Germany and Spain.

All that promotion apparently paid off, because women under 30 turned up in strong numbers for the box-office debut.

"The crowd this weekend was overwhelmingly young," said Nicolette Aizenberg, A24's head of publicity. "I think James Franco was a huge draw, and the girls have been everywhere. Selena's fans are a little bit younger, so we didn't go after them directly, but her audience still showed up."

The movie's healthy opening is a win for writer-director Korine, previously best known for edgy art house fare such as Kids and Gummo. In three days of limited release, Spring Breakers has outgrossed each of Korine's previous directorial efforts. His biggest success as a filmmaker was Mister Lonely, which collected just $167,396 in 2008.

Next weekend, A24 planned to expand the film into roughly 600 theaters, but because of the film's robust early returns it will now play in about 1,000 locations.