Chris Paul Believes Defense Will Give Clippers a Shot in Postseason 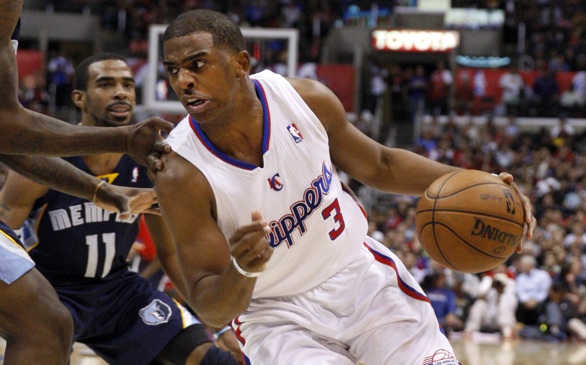 Wednesday’s game against the Philadelphia 76ers was an easy one for the Los Angeles Clippers – they won by 29 points in a score of 101-72 at Staples Center.

Chris Paul led the team to victory with 19 points; he also had six rebounds and nine assists in addition to five steals. Caron Butler scored 14, and Willie Green put 13 on the board to help the Clippers crush the 76ers.

However, things did not start off so smoothly for Los Angeles.

Right out the gate, the team was struggling to make shots, and they turned the ball over while Philadelphia sunk their baskets. The Clippers were down 8-0 early in the first quarter, but they pulled it together once Paul and Butler started making their shots.

“We didn’t get off to a great start,” said Clippers head coach Vinny Del Negro, “but we battled through it. We got a rhythm eventually in the first quarter, and then we picked up the rhythm by halftime.”

From there, things started picking up for the Clippers as they turned the 8-point deficit into a 10-point lead at the end of the second quarter. As the game went on, the 76ers fell into a deeper and bigger hole.

The Clippers suffered a 15-point loss from to the Sacramento Kings the night before playing the 76ers. Their defense was unable to defend Sacramento’s outside shooters, which were knocking down 3-pionters left and right. L.A.’s defensive performance was better against the 76ers, and Paul made it clear that strong defense like that needed to continue in the postseason.

“Within the second quarter, that’s when our defense started picking up,” he said. “Our aggressive mentality helped us…our energy was just great. “

He added, “I can care less if we’re making shots, because you can’t depend on that. Our defense tonight is what led us. That’s the only way we got a chance going into the post-season, is if our defense is right.”

To help ensure the Clippers achieve success during post-season, Paul plans to keep leading the way.

“My coach always told me it’s a team played by individuals, so I still have to do my part,” said Paul.