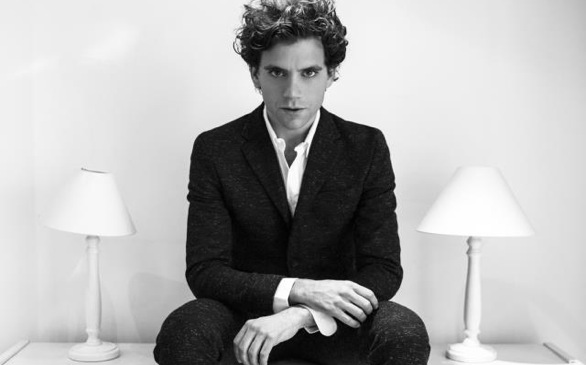 Mika returns to L.A. on March 27 at the El Rey.
(Credit: Facebook.com/mikasounds)

After the global success of his visually striking “Imaginarium” tour, Mika is back with a more stripped-down yet equally delicious show for his faithful fans.

The airy singer will be performing at the El Rey Theatre on Wednesday, March 27. Mika spoke to Campus Circle, excitedly talking about his upcoming show in L.A. that is part of his new North American tour.

For anyone who has not had the pleasure of attending one of his concerts, Mika described his live performances as “theatrical,” stemming from his childhood experiences of attending church in London. Interesting enough, he said his performances tend to follow the order of a church service. Traditionally, church services open with praise and worship, followed by a greeting, an offering, communion, the message, prayer for needs, then the closing, which can be dressed in dramatic makeup. The more dramatic, the more beautiful. “Beautiful” can describe a Mika show, but psychedelic sing-along is much more accurate.

The standing room only show at the El Rey Theatre will be realized in the same way as Mika’s last concerts. Set designs from the “Imaginarium” tour that stood out were the moonscape and outer space sequences. This time around, the microphone, piano and guitar are front and center. Think: old Hollywood lounge singer paired with subdued neon visuals, low lights and Mika in a shadowed profile standing center stage with animation creating a playful narrative behind him, wearing a white starched shirt and fedora hat.

Curious MFers (Mika Fan Club members) will be delighted to know that the only cover song that Mika will be performing at the El Rey is “Popular Song.” Originally composed by Stephen Schwartz for the Broadway musical hit Wicked, “Popular Song” is not really a cover but more of Mika’s sugary interpretation of the Galinda song made popular by Kristin Chenoweth.

MFers can also expect to hear Mika’s more radio-played songs like “Grace Kelly,” “Love Today,” “Relax (Take It Easy),” “Rain,” and “Big Girl (You Are Beautiful)” as well as across-the-board fan favorites such as “Billy Brown,” “Lola,” “Stardust,” “Love You When I’m Drunk” and “Blue Eyes.”

In shows for his first and second albums, Mika said he often performed cover songs, and with the release of his third album, The Origin of Love, Mika pulled from his own catalogue of music on the “Imaginarium” tour and even cut out an opening act.

When I asked the singer, “From where do you pull inspiration to create your work?” he answered, “from anger and vengeance" that he transforms into infectious bubblegum pop tunes.

“What can fans expect in the next year?” I asked.

“Expect to be surprised,” answered Mika.

For diehard MFers who crave more Mika, two days after he performs at the El Rey Theatre, the pop singer will be at the legendary Hard Rock Café in Las Vegas.