David Bowie: The Next Day 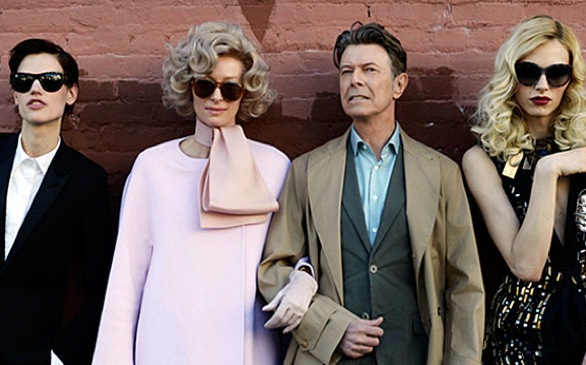 David Bowie returns with The Next Day.
(Credit: Facebook.com/davidbowie)

It’s been a decade since David Bowie last released new music, and until now fans had good reason to think that the artist that previously embodied such characters as Ziggy Stardust and the Thin White Duke had invented yet one more persona: Retirement Home Bowie.

However, this surprise new release finds Bowie not exactly reinventing himself; instead he pays homage to his own late-’70s Berlin-era sound and specifically 1977’s Heroes (the CD cover of The Next Day is actually the Heroes cover with the new album and song titles superimposed over the vintage artwork). All that being said, the most important thing is that Bowie is in fine voice here, both vocally and with his wordplay.

A perfect example of all of Bowie’s talents coalescing is album standout “I’d Rather Be High.” No doubt the song will be embraced as an anthem of sorts by stoners of a certain age, but “I’d Rather Be High” is not about catching a buzz. With lyrics “I’d rather be dead/Or out of my head/Than training these guns/On those men in the sand,” the song is one of Bowie’s strongest anti-war statements ever, a fact belied by a bouncy rhythm and an airy chorus meant to be sung along to. The strutting, sax-enhanced funk rock of “Boss of Me” recalls the best of Bowie’s Berlin-era work. “How Does the Grass Grow?” updates the subdued synth with detached vocals pattern that David favored during much of that era, and “(You Will) Set the World on Fire” is, appropriately enough for its star-in-the-making subject matter, a full-on guitar-driven arena rocker.But it’s the sublime electro-drone of “Heat” that’s most representative of this album’s acknowledgement of Berlin-era Bowie.

The album’s title cut is about how life and certain routines can just go on and on, but “The Next Day” could just as easily be interpreted as a Bowie comment regarding his 10-year absence; he’s picked up on such a strong note here that it seems like he’s not been away at all.