Zero Dark Thirty, This is 40 & The Sandlot 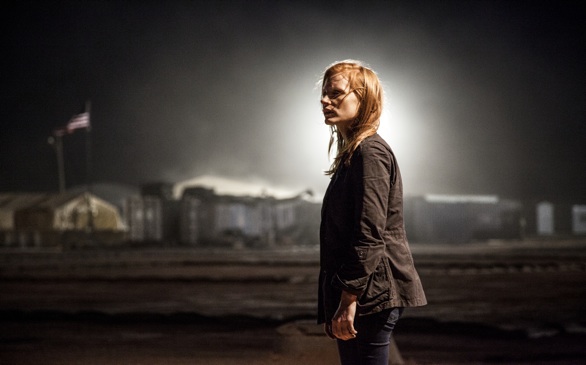 The Majors: One of the year’s best films, Zero Dark Thirty is the incredible story of one female CIA agent’s obsessive quest to find Osama Bin Laden. Jessica Chastain has quickly become one of the most respected actresses in Hollywood, and here’s proof why. Director Kathryn Bigelow makes you a fly on the wall in CIA black locations, culminating with the intense final raid.

After their hilarious supporting turn in Knocked Up, Paul Rudd and Leslie Mann return as a less-than-perfect married couple trying to juggle the realities of life in This is 40. Writer-director Judd Apatow is a master at finding humor in life’s everyday frustrations. He assembles a stellar supporting cast including Jason Segel, Melissa McCarthy and Albert Brooks.

Set in the intense poverty of 19th century Paris, Les Misérables is a lavish and epic musical adaption of Victor Hugo’s classic novel of redemption. An all-star cast, including Hugh Jackman, Russell Crowe and Anne Hathaway, bring the Broadway phenomenon to the screen under the direction of Tom Hooper (The King’s Speech).

The Master of Suspense is experiencing something of a comeback right now, with various biopics, remakes and spinoffs everywhere you look. Hitchcock perfectly casts Anthony Hopkins as a luminary filmmaker who is simultaneously insecure and megalomaniacal in his quest to bring Psycho to the screen. Helen Mirren plays his unsung longtime collaborator and wife, Alma. Scarlett Johansson co-stars.

The Idiotbox: Julia Louis-Dreyfus is at the top of her game as an in-over-her-head vice president faking her way through her duties while getting into public snafus and petty rivalries in “Veep:” Season 1. Created by a master of political satire, Armando Iannucci (In the Loop), “Veep” is nothing short of hilarious.

With the new Pope donning his miter, it’s a great time to revisit the most infamous pontiff in history in “The Borgias:” Season 2. Set during the Renaissance, the series follows the power-mad pope Alexander VI (Jeremy Irons), who runs the Vatican like a mob boss while using his family to consolidate power.

Blu Notes: Innovative and totally inventive, Who Framed Roger Rabbit? combines live action and animation to seamless effect in a parody of Raymond Chandler-style noir in which cartoon characters co-exist with humans. The 25th Anniversary Edition comes re-mastered and packed with extras.

Three Disney favorites and their sequels come to Blu-ray in double-feature sets: the fantastic reimagining of Victor Hugo’s classic The Hunchback of Notre Dame I & II, the story of a legendary female Chinese hero in Mulan I & II and the story of a prehistoric hunter-turned-bear in Brother Bear 1 & 2.

With buzz building around Arnold returning for an in-the-works fifth film, it’s the perfect time to bone up on your Skynet mythology with the Terminator Anthology. This five-disc set includes the first four sci-fi blockbusters and is loaded with 15 hours of bonus materials, including commentary by mastermind James Cameron.

One of the best kid’s movies of the ‘90s, The Sandlot tells the story of a ragtag group of young baseball fans coming of age in the early ‘60s. Chock-full of classic moments, it’s the perfect blend of nostalgia, pathos and humor. This 20th Anniversary Edition is somewhat light on extras but includes cast baseball cards and a discount on limited edition PF Flyers.