Spring Into These Books! 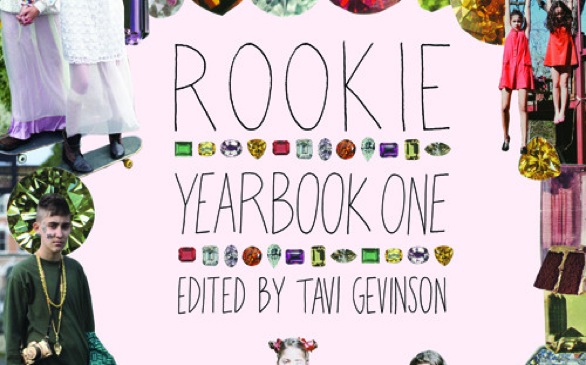 Rookie Yearbook One is a 352-page collection of interviews, articles, photos and and more.
(Credit: rookiemag.com)

Gifts
Whether for a joke present or for a true aficionado, Cannabis Cupcakes may just be the ultimate college book. Chock full of recipes like Magic Bus Red Velvet and Spicy Rasta, these sweets will either inspire you to bake or just make you laugh out loud.

Why grow up when you can spend your days with The New World Champion Paper Airplane Book? John M. Collins set the Guinness World Record in 2012 and now you can copy his winning design, as well as 23 others that will impress friends and foes alike. Make it your party trick.

Fiction
The joys and complications of sisterhood have a long, rich history in literature, from Austen to Alcott. Lucinda Rosenfeld contributes to the cannon with The Pretty One, a funny and insightful look at the trials and tribulations of family.

With all things Scandinavian increasing in popularity, it’s time to rediscover Tove Jansson. Her series of Moomintrolls, as in Moomin’s Winter Follies, started as comics before becoming a popular and enduring series.

A family saga set in a fictional beach community during the second half of the 20th Century, The End of the Point explores the ups and downs of generations of Porters. Elizabeth Graver’s telling eye fills the reader in on big moments and small details so that the struggles within the relationships will resonate with just about everyone.

Another story rooted in place, Leah Stewart’s The Story of Us grabs a few literary tropes and turns them on their heads. In this case, orphans, sisters and the road not taken get tantalizing twists and make for an entertaining read.

One of my absolutely favorite writers, Kent Haruf returns to form with Benediction. He slays me over and over with his ability to fill a family drama with compassion and kindness, wrapped in an icing of tenderness.

Knowing Kristen Wiig has optioned Monica Drake’s Clown Girl, made me eager to read her new novel, The Stud Book. Funny and introspective, this tale of a motley group of friends in Portland is touching enough to melt your heart.

One of our best writers, James Salter, comes back full force with All That Is. Set in Post-World War II America, amidst all the promise of the period, Philip Bowman finds himself both reveling in and choking on the possibilities that shower over him.

One of the founding works of what became known as the steampunk genre, James P. Blaylock's Homunculus is back in print with a beautiful new trade paperback edition. Winner of the 1988 Philip K. Dick award, the book introduced Blaylock's recurring protagonist, scientist-adventurer Langdon St. Ives and helped establish the tropes of the genre – from dirigibles to clockwork inventors, all set against a Victorian London shrouded in fog and occult mystery.
– Mike Sebastian

Non-fiction
Having eclipsed both Italy and France to become the world’s largest wine market, Americans’ appetite for wine seems boundless. Jancis Robinson and Linda Murphy’s glorious American Wine captures all the romance and allure of viniculture from Florida to Hawaii.

Charming in the extreme, 16-year-old Tavi Gevinson’s RookieMag.com acts like a teen girl’s scrapbook/manifesto. Gathered together in Rookie Yearbook One, this smash book to all things female covers such disparate topics as eye makeup, feminism and “bitchfacing.”

Not everyone has forgotten about Hurricane Katrina and the havoc she wrought. New Orleans Suite, by Lewis Watts and Eric Porter, puts the unforgettable city front and center by documenting the lives of mostly black artists and musicians struggling to keep on keeping on.

When Nick Turse was offered decades of secret pentagon files about Vietnam, he dropped everything and spent hours copying each and every one. The result, Kill Anything That Moves, is disturbing, yet vindicating for all the anti-war activists who fought against the endless atrocities against civilians that the U.S. government consistently denied.

Memoir
I have read many stories of painful childhoods, but Domenica Ruta’s With or Without You still stings. The author’s tale of a drug-addicted mother becomes the unlikely backdrop for a spectacular success story.

Teenage pregnancy, so deftly examined in Riding in Cars with Boys, put Beverly Donofrio on the map. Her latest introspective work, Astonished, trawls the similarly harrowing waters of rape and faith with a refusal to go quietly that is nothing short of astonishing.

Dara-Lynn Weiss documents her struggle with her 7-year-old daughter’s weight in The Heavy. The ensuing battle brought controversy on both mother and daughter as they confronted the paradox of a modern America that wants to indulge, yet still remain thin – to have its cake and eat it too.

With America getting heavier all the time, the idea of a quick fix, like the various stomach surgeries, is very appealing. Stranger Here by Jen Larsen explores the emotional and physical advantages and disadvantages of taking the easy way out by documenting her personal struggles with weight.

Graphic Novel
A graphic novel encompassing grief, family and hope, Judith Vanistendael’s When David Lost His Voice shed slight on coping with illness without turning mawkish. Her illustrations, both arresting and funny, refuse to let you look away.

In Babble, a team of linguists attempts to revive the universal proto-language lost when, according to the Old Testament story, God scrambled it into the myriad human languages. But something goes horribly wrong with the study, and pandemonium breaks loose. At the heart of the thriller concept is a tender character portrait of a young woman left directionless after a failed romance.
-Mike Sebastian