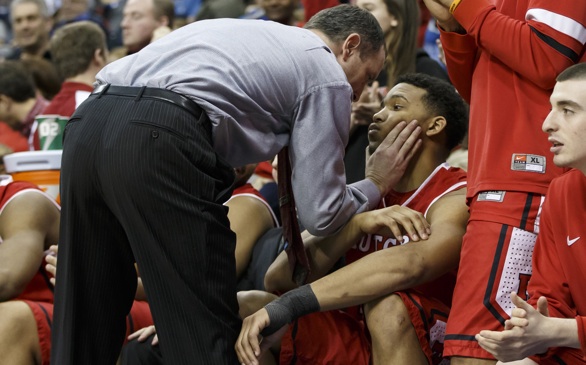 On Wednesday, Rutgers University fired men’s basketball coach Mike Rice after ESPN released a video of Rice abusing players. The video revealed Rice hurling balls, shoving and screaming homophobic slurs at Rutgers players during practice. Although Rutgers athletic director Tim Pernetti suspended Rice for three games last December and ordered him to attend anger management therapy before returning to the court, the temporary suspension seemed to have no effect on the hot-headed coach. In a statement to WABC-TV Wednesday, Rice apologized to the Rutgers community, saying that their was “no excuse” for his actions.

Basketball
‘Everything I learned came from Kobe’: Bryant’s legacy will live long after his death
434 views

Basketball
Who's making the decisions for the Lakers? It's complicated
1,076 views