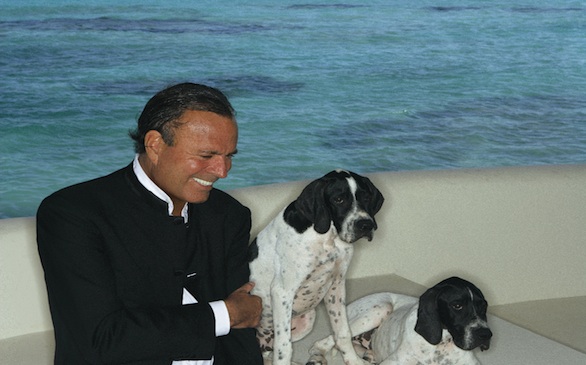 It’s true that there are various international singing superstars globally, but none are like the passionate Spanish legend Julio Iglesias – who today releases 1-Greatest Hits.

This double-CD set includes a disc with songs in Spanish (his native tongue) and in English (a language that he conquers rather well), but it also contains some pieces in French and Portuguese.

A two-CD version of 1-Greatest Hits includes 37 tracks. Interestingly enough, its deluxe version also includes the two CDs in addition to a DVD of Starry Night: Live From the Greek Theatre, which conveys Iglesias’ historic concert of 1990 in Los Angeles.

Possessing either is quite the treat, as they take us back down memory lane. Disc One contains duets with the likes of Willie Nelson (“To All The Girls I’ve Loved Before”), Diana Ross (“All Of You”), Stevie Wonder (“My Love”) and Frank Sinatra (“Summer Wind”), among others.

“When I Need You” and “Crazy In Love” (both in Disc One) are also included; in brief, they’re beautiful.

Additionally, the DVD depicts Iglesias at his best. It carries the live performance of songs like “Amor, Amor, Amor,” “La Paloma,” “When I Need You,” “Moonlight Lady,” and “Can’t Help Falling In Love,” among others.

Iglesias, who’s recorded in several languages (including in Chinese) over the years, redid everything in 1-Greatest Hits. From vocals, bass, guitar and rhythms, he practically formulated each track from scratch, proving that he continues to be passionate about music. That’s what 1-Greatest Hits is all about: passion.