Not So Simple Simon 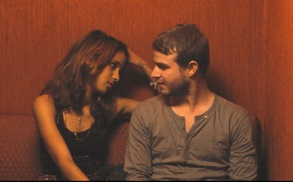 LOS ANGELES— Simon Killer is an amoral tale, and a cautionary one, that reminded me my mama was right when she said, “Never talk to strangers” and “Looks can be deceiving.”

Indie director Antonio Campos has put the tipoff in the title, suggesting that this Simon — played to chilling effect by Brady Corbet — is anything but simple, and that he might possibly be lethal as well. Whether he is an actual killer or Campos is only sifting around for the right metaphor really is beyond the point.

What is so disturbing about this contemporary noir is that Simon could easily be mistaken for just another American college boy wandering around Paris on break, one of those troubled, slightly broken intellectual types women are forever trying to save. The truth takes shape over time, like a shadowy figure slowly emerging from the darkness.

Although Campos is still early in his career, still experimenting wildly with style, he is clearly drawn to twisted minds. His first film, 2008’s Afterschool, which debuted in Cannes’s Un Certain Regard showcase, was about a prep school kid who videotaped a drug overdose. He was a producer on 2011’s Martha Marcy May Marlene, which took us inside a cult and launched Elizabeth Olsen’s career. Simon Killer, written with his two stars, Corbet and Mati Diop, is Campos’ bleakest project yet, which honestly makes me fearful for the future.

Still, he is a provocative one to watch — willing to push the aesthetic boundaries as well as the story to extremes even when the risks don’t always pay off. In Simon Killer, the camera lens, wielded with a fierce intensity by director of photography Joe Anderson, sometimes sees the world, or so it seems, through Simon’s eyes. The screen will go black, or into an unfocused haze. At other times, it zooms in so close to the actors as to be uncomfortable, as if you are a voyeur watching their most intimate acts.

The film opens with Simon, newly graduated and still recovering from a bad breakup, shipped off to Paris by Mom. A family connection gives him a place to stay and he’s soon wandering the streets, part of the crowd snapping photos at the Louvre, grabbing an espresso at a sidewalk cafe, getting a light for his cigarette from a group of passing girls. It all seems innocent enough.

One of the girls, Marianne (Constance Rousseau), will turn up later. But first, Simon will get drawn into one of the city’s seediest locales, a hostess bar in the neon-lighted grit of the Pigalle district where a young prostitute, Victoria (Diop), will soon take him in.

With Victoria, there is a lot of sex masquerading as love, which is why she buys into a scheme he concocts to fleece her johns. It becomes only one of so many things that will go terribly wrong.

Diop and Corbet are fearless baring body and soul, but also creating a sense of escalating violence. Even more unsettling is how scarily spot on Corbet is in showing us a mind increasingly unhinged, at times almost literally crawling out of his own skin. It is brutally raw and difficult watching.

This is a place so dark, and Simon is a creature so frightening, that eventually, it’s hard to care whether he will get better. You just want him to go away.