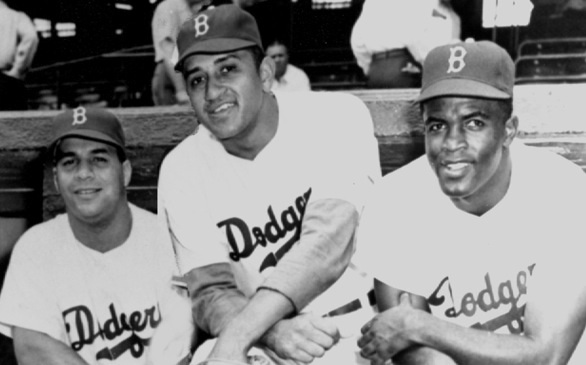 The Los Angeles Dodgers will have an extensive celebration on Monday, April 15 (prior to the 7:10 p.m. game against the San Diego Padres) to pay tribute to Hall of Fame Dodger Jackie Robinson. Expect pregame events and on-field ceremonies. Logos bearing the number 42 (which was Robinson's jersey number) will be placed throughout the field, there will be Jackie Robinson Day jeweled bases and lineup cards, and a special tribute video will play in the stadium.

Academy Award nominee Harrison Ford, one of the stars of the movie 42 that comes out today, will throw the ceremonial first pitch. 42 is a highly anticipated biographical film that tells Robinson's life story when he made African-American history by signing with the Brooklyn Dodgers.