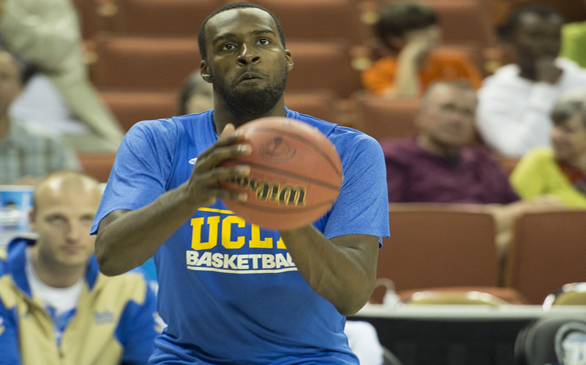 Shabazz Muhammad came to UCLA as one of the most regarded freshmen in the nation. And now, as he declares for the NBA Draft, he's considered one of the top prospects to eventually make the leap from college into the pros.

Muhammad, who led the Bruins to a 25-10 overall record while registering a team-high 17.9 points per game, announced today his intentions of entering the upcoming NBA Draft.

"I am so thankful for the once-in-a-lifetime opportunity to play at UCLA and will always be proud to be a Bruin," Muhammad said on a prepared statement released by UCLA Athletics. "From a young age, I have dreamed of playing in the NBA, and I believe that this is the right time for me to move to the next level."

He added, "I have had an unbelievable experience at UCLA and am eternally grateful to my teammates, my coaches and the program's support staff for helping me become a better person and basketball player during my time in Westwood. It has been an honor and a privilege to play for coach Ben Howland."

Muhammad received first-team All-Pac-12 Conference honors in addition to being named Pac-12 Co-Freshman of the Year.