Q&A with Manu Bennett from "Spartacus" and "Arrow" 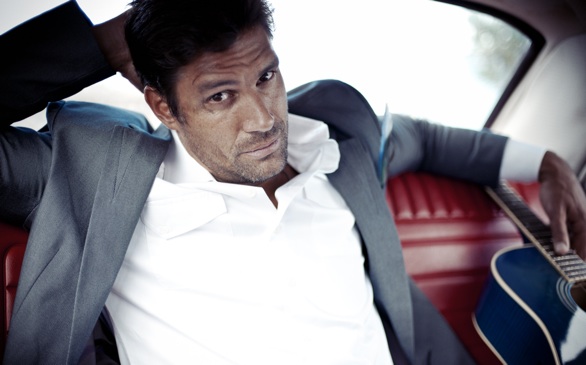 New Zealand actor Manu Bennett is currently on top of the world. He just finished a four-year run on Starz network’s highest rated show to date (“Spartacus” as Crixus), and he has smoothly transitioned into an awesome role on the CW’s newest hit, “Arrow.” Oh, and let’s not forget Bennett is co-starring in Peter Jackson’s blockbuster The Hobbit as Azog the Defiler.

On the phone with Manu, I expected to encounter a fiery personality similar to many of the strong characters he has portrayed. Imagine my pleasant surprise when a humble and down-to-earth guy presented some of the most inspiring words I’ve heard in a long time.

Bennett is someone who has dealt with loss but uses that experience to motivate and move forward. It goes without saying that things keep getting better and better for the successful actor.

Campus Circle: How did you get into acting?
Manu Bennett: During my last couple of years of school, there were two car accidents that affected my life. One where my mother died, and then two weeks later my brother died. I was a good student at school, but the impact was something that affected my scholarly mind. I lost my ability to concentrate on math and science. I geared toward the artistic pursuits; they spoke to me more loudly.  I chose the arts over the academics at that difficult time in my life, and it helped me pull through.

CC: What are some projects you've done that you see as huge stepping stones?
MB: Without a doubt, when I landed “Spartacus.” “Spartacus” was my first real show. I finished that and felt that for the first time in my life, I graduated. The four years at “Spartacus” felt like the best years at school, and at the end, the last episode I did in the final season…that felt like graduation.

CC: What are you working on now?
MB:  “Arrow”! (laughs). Just to give you a bit…I play Slade Wilson who might become DeathStroke next season. If this goes through, then I’ll feel as if that’s a new chapter in my career. Now I’m in Vancouver because of “Arrow.” Thank goodness it stopped raining!

CC: What was it like working on “Spartacus” with Andy Whitfield?
MB:  Andy Whitfield stands out. He made so many understand that it’s important to realize how short life is and to make sure you don’t have regrets. Andy’s campaign is: “Be Here Now” in relation to his cancer. His message is so important now. Sometimes as individuals, we get consumed by material things. Part of the thing that Andy was known for (internationally) was his ability to show his positive spirit and gentle nature. He didn’t play egotistical. Andy made a Spartacus that can never be repeated. He set an example with our show in the first season that resonated throughout the world. “Spartacus” is about human beings treated as slaves and then being uplifted by Spartacus with the powerful message that “we are one.” The success of the show just goes to show that’s the way the world feels as well.

CC: You have an amazing look. Do you think that you have been typecast or that it has led you to great casting opportunities?
MB: I’m Maori, and when I first began acting, I started off in Australia. I was stereotyped…the first show I did I played a smart-ass brown haired guy up against a blond hair, blue-eyed heroic model. There was that social stereotype. I guess…being labeled “indigenous”…there are ideas people have that speak about our culture, but that also shows the problem with making assumptions on whole nations. On the plus side, film today has a lot of smart people trying to head down the road of tackling that. Artists are good at making social commentary.

CC: Do you have advice for anyone who wants to become an actor?
MB: I think that you’re a product of your environment. The relationships you choose are going to help you progress with whatever your goals are in life.

Before the show “Spartacus,” I worked with Rob Tapert (“Spartacus” producer) on “Xena: Warrior Princess,” ironically with Lucy Lawless. Then 10 years later, I’m cast on “Spartacus,” and I’m working with Lucy again.  In 2007, Rob casted me again on 30 Days of Night, a Sony Pictures horror film, which Sam Raimi was involved with.

This goes to show that it’s important to be professional and forge positive relationships with people in the industry. If I had gone on set of “Xena: Warrior Princess” with a bad attitude or awful work ethic, I might have blown the opportunities that I was lucky enough to eventually have come my way.

For more on Manu Bennett go to: https://twitter.com/manubennett