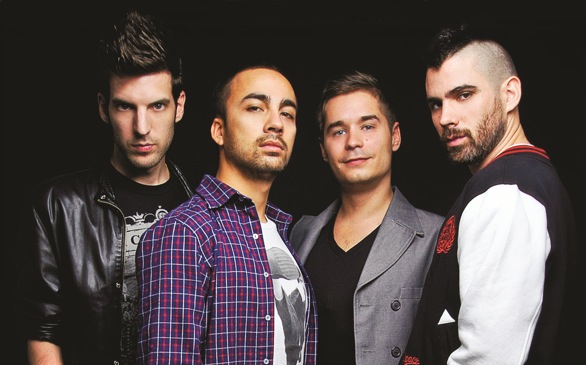 At an exclusive listening party, the group hosted an evening set to the tracks of their new record. While sipping on some drinks, listeners got to experience the journey of the production.

The opening itself called "Prelude (White)" is a very classical piano composition that leads into its musical antithesis, "Prelude (Black)," which infuses a combination of metal-like riffs with lots of bass dropping. The pace is like an adrenaline injection and definitely destined for club rotation with tracks like "Stage Divers" (featuring Steve Aoki). Not to mention, the anthem-like "Los Angeles" (featuring Modestep) evokes living life in the city where dreams either fall apart or come true.

"Chaos" sounds like the score to a post-apocalyptic action thriller’s final showdown, with the hero taking on an army loaded with guns or swords in a dystopian future. Seriously, the beats in "Chaos" meld together classical symphonic musicianship with modern electric house that really paints a picture.

Another track that is sure to be a favorite is the genre-bending "Walk in the Fire," which has an amazing, sick guitar portion that closes out the album on a very high note.

This album is versatile and will bring life not only in the clubs but also on drives where you want to feel like a badass. It’s face-melting fun from the newest wave of up and coming artists hitting the States.

Be sure to catch the Dirtyphonics live at Club Nokia Thursday, April 18.