By The Seattle Times (MCT) 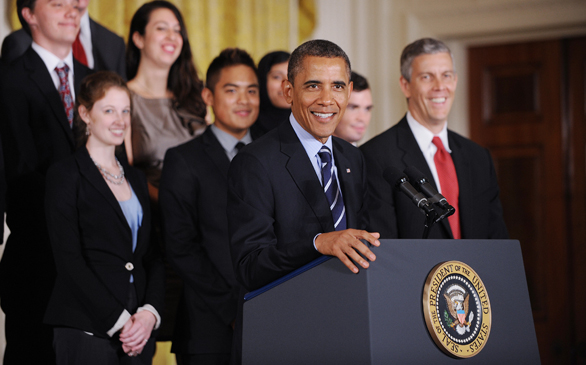 Congress must act again to stop student-loan interest rates from doubling to 6.8 percent.

Lawmakers should know the drill by now. They voted last summer to extend the lower interest rate.

The current interest rate of 3.4 percent expires in July, and a lack of action would be costly. The rate increase on federally subsidized Stafford loans would cost nearly 10 million borrowers about $1,000 each year over the life of the loan.

That's real money to college students. Last year, 45 percent of the freshmen enrolled in Washington state's public higher-education system took out loans for college. Students are graduating from institutions in this state with an average debt of $22,244, according to the Project on Student Debt.

U.S. Rep. Suzan DelBene, D-Wash., is pushing a legislative solution that ought to garner support from her colleagues, including the rest of Washington's delegation.

The first-term lawmaker is co-sponsoring a bill that would keep the low interest rate for two years. Meanwhile, Congress would work on a long-term solution to slow the rapid accumulation of student-loan debt.

A long-term approach is needed. It must be one that broadens access to college, makes it more affordable and increases college-completion rates.

Half of all college students borrow to pay for school. The average student-loan borrower graduates with $27,000 in loans. On top of that, they face a weak job market. They should not be burdened with high interest rates as well.

College-debt strategies should prioritize low-income and middle-class students completing college without having to rely on loans.

A second priority ought to be no-interest loans and those with affordable, income-based repayment plans for middle-income students.

A Congressional Budget Office report from February said the federal government makes 36 cents off every student-loan dollar it spends. Student loans could bring in $34 billion in profit for the government next year.

The problem is not the revenue, but what ought to be done with it. It should be used to subsidize the cost of higher education.