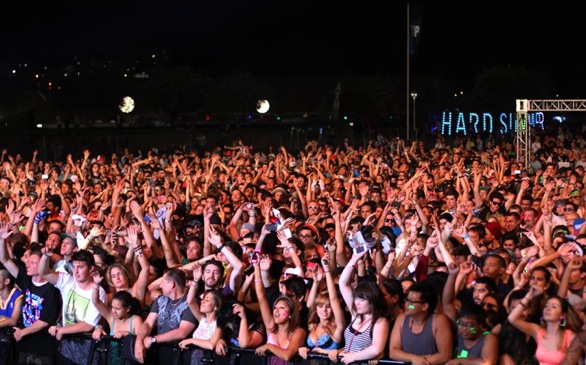 After mixing things up last year with performances by Bloc Party and Miike Snow, EDM giants HARD are furthering their reach into 2013 with a stacked lineup of some of the biggest names in the business. The two-day event will take place Aug. 3 and 4 at Los Angeles Historic Park downtown (once again) and is a veritable who’s who list of 2013 all stars.

Saturday’s headliners consist of dubstep loud mouths Knife Party and Flux Pavilion, supergroups Dog Blood and Duck Sauce as well as L.A.’s own Flying Lotus. Rapper 2 Chainz will also be making an appearance, coat tailing on his performances at this year’s Coachella festival as well as Buzz acts TNGHT and Disclosure.

Sunday follows last year’s suit and dips into the live side of the weekend with performances by Empire of the Sun and Crystal Castles. Justice, Bassnectar and Zedd also headline with support from Harlem Shake aficionado Baauer, Paper Diamond and Gesaffelstein among many others.

HARD has released a highly entertaining trailer for the weekend, which can be seen here.

Last year’s HARD Summer proved to be one of the slickest, most well orchestrated events of its kind and electronic fans around Southern California are no doubt in store for a similarly impressive event this year.

Tickets can be purchased here.