LA Music Video Festival Kicks Off in Early May 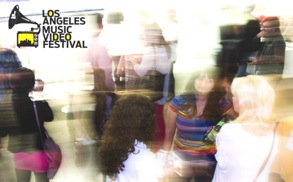 Ever wonder what exactly goes into the writing and production of a music video? Whether it’s Lady Gaga’s “Telephone” video with Beyonce or J.T.’s “What Goes Around…Comes Around,” it’s clear that we have come along way from the smoke screens and bad hair that characterized the music videos of the early ‘80s.

Next week, in order to celebrate the artistry of making music videos and the age of the “music video renaissance”, the LA Music Video Festival will present its 3rd annual event, featuring four days of screenings, panels, presentations and mixers with some of the top names in the music video industry. The festival will run from May 1 through May 4 and will include 400 submissions and six different screenings in the categories of Narrative, Non-Narrative, Animated, Live, Unofficial and Student. The four-day event will take place at the Downtown Independent Theater in Downtown LA.

To kick off the festival, LAMVF will hold its “Life’s a Pitch” contest, where four local directors will pitch video treatments to Red Bull Records’ electro-punk band, Five Knives, for their title song “The Rising.” The chosen director will then have 48 hours to shoot and edit the project before it premieres on the closing night of the festival.

This year’s festival will also feature a keynote address from Greg Gold, the director and co-founder of Propoganda Films. Gold has directed music videos for artists such as Stevie Wonder, Smokey Robinson and Aretha Franklin; he will receive LAMVF’s first-ever lifetime achievement award next Saturday.

In addition to this, LAMVF will co-host a variety of receptions, mixers and after parties with music video professionals and music video fans along with their well-known sponsors such as Red Bull Records and SideCar.

The festival proceeds will support up-and-coming artists and videographers in the field, and a portion will be donated to OMG! Camera’s Everywhere!, which is an organization that provides music video workshops for LA-area kids.

Tickets will be available at the door for $10 one-day passes or $30 four-day festival passes. For more information, click here.