Tommy Torres Continues to Grow As An Artist 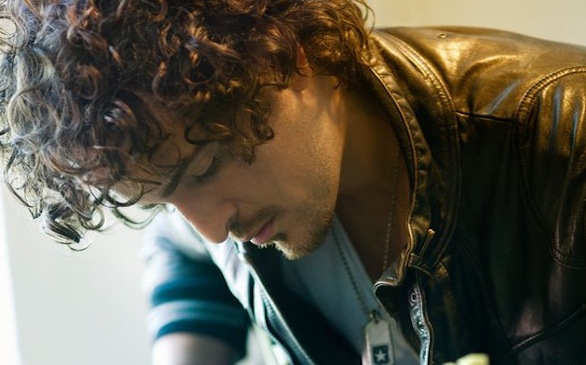 Puerto Rican singer-songwriter Tommy Torres continues to grow as an artist, and he's doing so in many ways. Not too long ago, he won a Latin GRAMMY and received an award at this year's 21st Annual Latin ASCAP awards.

During an interview, Torres spoke about continuing promoting his latest release, 12 Historias, the video of "Sin Ti" with Nelly Furtado and photography, among other things.

Campus Circle: How is it going with 12 Historias? Are you still promoting it?

Tommy Torres: Everything has been going great; it's been different than previous albums because I feel it's the nature of things like the Internet and how now people can absorb music a lot faster than before. We've been able to release so many videos for the album, and now this upcoming month we'll begin launching in Mexico and the rest of Latin America, so everything we do nowadays is different, in comparison to before.

CC: What can you tell us about your video with Nelly Furtado, ‘Sin Ti’? How did that concept come about? How was the chemistry?

TT: It was lovely. She was beginning her tour, and because of conflicting dates it was a bit difficult for us to get together. Then we finally found a date we could get together, very close to vacation time, but it worked out. I left for Miami from Puerto Rico, and she came from Canada and so we met there. We thoroughly enjoyed making the video. We weren't the protagonists of the story, but we had fun going over the stories and the arguing and fighting, and it was almost as if we were just there, present, witnessing this story unfold. But just narrating this story to the public, not actually participating in it, and I really liked the end result. And all this was important to the song because it's a very romantic song. But at the same time it has a sarcastic side to it.

CC: Last year when you were in Los Angeles we talked about maybe you coming back for a tour. What's in your agenda for the next few months?

CC: Talk about your experience with winning the Latin GRAMMY this past year with Jesse & Joy for the song, 'Corre.' How was that for you?

TT: Everything happened so fast. I was very happy, and I was very surprised as well, because it was a very difficult category, especially with all the others nominated. But my memories from that are pure joy and emotion, like a little kid.

CC: Let's talk about photography for a bit. You've mentioned in the past that you're a fan of photography. You’re on Instagram and you always post really interesting photos. How is it that this love and interest in photography came about?

TT: Well, I first began with photography in high school, but I didn't really do anything with it after that. I don't really remember when I began pursuing it again, that's a good question. I have a photographer friend who gives me tips, and I really like it a lot. Putting a photo together is very similar to putting together a musical composition, just like a sound engineer needs to play with and adjust the sound in a song, so does a photographer, but with light. The photographer has to tell a story with his picture just like a composer does with a song. I love Instagram because the pictures have to speak for themselves. It's a way of expressing yourself without words.

CC: It's been noted that you take your guitar with you wherever you go. What's the meaning behind that?

TT: It's very rare that I write stuff in hotels, etc. Normally, when I'm on tour and I have downtime I like to rest. But if I have something pending or something I'm close to finishing, then I use it.

CC: What's the latest word on your webpage?

TT: Unfortunately, the person who was maintaining it cannot do it anymore for personal reasons, and so I had to find someone new to do so. And I posted an ad on Facebook for designers to submit their work. The people who've submitted samples of their work range from amateurs to people who've already worked professionally with other companies. It's taken me a long time to look through them all, but I find it very cool that nowadays this is possible – that people from all over the world have a chance to show me their work and this is mutually beneficial for me and for them.

CC: What has the city of Los Angeles meant for you throughout your career?

TT: I feel it was a very difficult market to get into, but I feel that I have a lot of followers there. But I always have it in mind whenever I develop a new project or concert plans, to try and make it happen there as well. Also I come to L.A. to record a lot. There are lots of musicians here whom I like, as well as sounds engineers, and the studios themselves, and I would like to spend more time in L.A.